Southwestern’s women’s basketball team was picked by the coaches to finish third again in the Great American Conference. 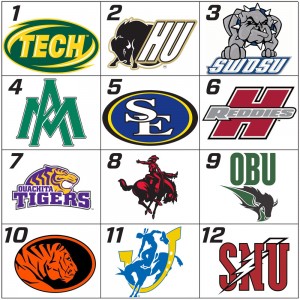 The Lady Dawgs were picked in that spot in 2014, but struggled at times through the year, and finished the season in sixth in the league. Last season saw SWOSU introduce many new names to the GAC and this year’s edition will have more returnees that have seen their share of conference action.

Two of its top four scorers in Korina Chapman and Jade Jones are back for coach Kelsi Musick, in her seventh season in Weatherford.

Arkansas Tech and Harding shared the regular season title last year and are at the top of the preseason rankings. ATU is in the top spot followed by Harding.

Southeastern is fifth in the preseason rankings, Northwestern comes in at No. 8 and league-newcomer Oklahoma Baptist was ranked ninth.