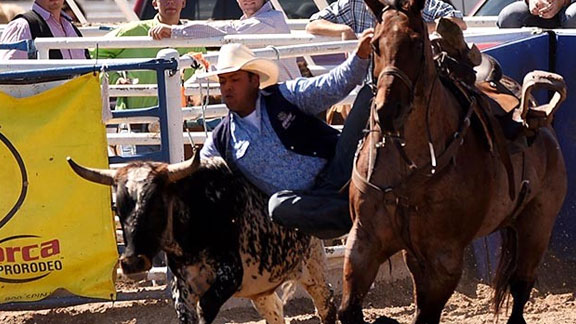 Coverage of the SE Stampede on OSN is built by High Noon Trailer Repair.

DURANT – Both SWOSU Rodeo teams brought home top-five finishes from the Southeastern Oklahoma State NIRA Rodeo in Durant over the weekend. The Bulldogs women’s team finished third at the rodeo while the men’s team took fourth.

SWOSU’s Women’s team placed behind the rodeo host, Southeastern Oklahoma State and Western Oklahoma but totaled 185 points to take third. The Dawgs did their damage in goat tying and barrel racing, with Mikayla Harrison (second) and Paige Wiseman (fourth) placing high in the average of goat tying and Stacey Bailey taking sixth in the average of barrels.

Bulldog Rodeo now has one week off before competing on back-to-back weekends to wrap up the fall portion of their schedule. The next event is on October 20-22 in Stillwater at the fall rodeo hosted by Oklahoma State.