SWOSU sends out seniors with victory over SNU 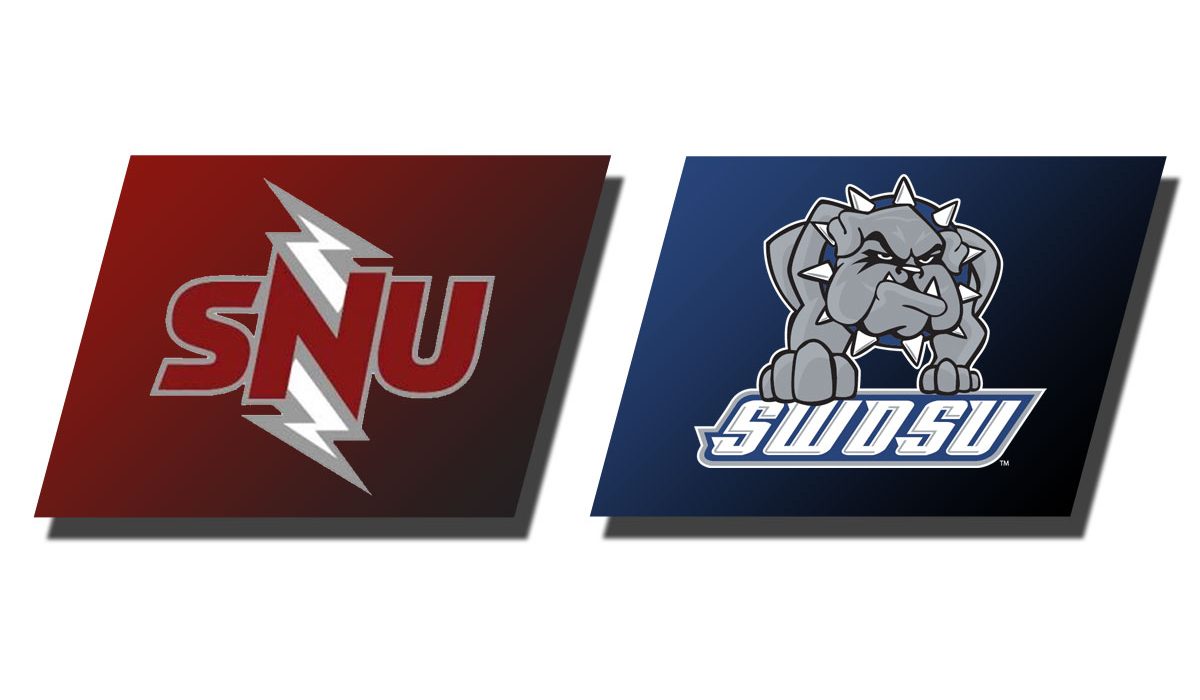 WEATHERFORD – A commitment to the running game and a stout defensive performance led to the SWOSU Football team snapping a six-game slide with a 28-7 victory over Southern Nazarene on Senior Day at ASAP Energy Field.

The Bulldogs put together four touchdown drives of 11 plays or more and controlled the time of possession, holding the ball for 36:00 while rolling up 403 yards of offense. SWOSU rushed for 207 yards on 55 attempts – both team highs under head coach Chet Pobolish – and added 196 yards through the air on just 16 pass attempts while not committing a turnover.

SWOSU had three rushing touchdowns by three different players as Donnell Hawkins, Jermaine Mask and Kenny Graham all found the end zone before Tyler Marr connected with DJ Hicks for a 25-yard touchdown pass in the fourth quarter to seal the game with 1:45 to play. Hawkins led the Bulldogs with 103 yards on 17 carries, becoming the first SWOSU running back this season to reach the century mark in yards. Marr finished 11-for-16 for 196 yards and a score while also rushing for 38 yards.

SNU was held scoreless until the fourth quarter, when a long kickoff return set up a scoring drive of 42 yards after SWOSU had already built a 21-0 lead. SWOSU’s defense surrendered just 245 yards to the Crimson Storm, with 84 yards coming on the ground and 161 through the air. Braden Sweet again led the Dawgs in tackles with six while Jacob Rodman and Malcolm Davis had five apiece.

“These guys have been working hard for a win and I’m glad we were able to get one for these seniors,” Pobolish said following the game. “We played hard and we played assignment sound, so it was good to see guys doing their jobs and getting positive results because of it.”

SWOSU, now 3-6 on the year, heads to Shawnee next Saturday for a 1 p.m. kickoff at Oklahoma Baptist.