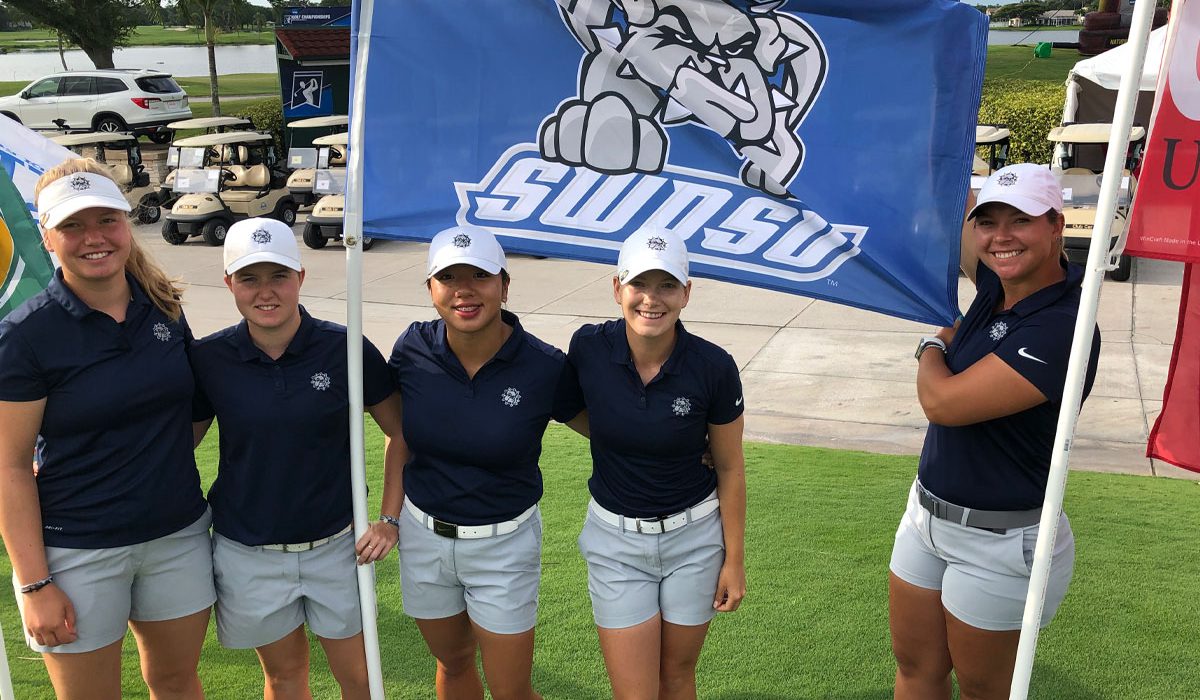 PALM BEACH GARDENS, Fla. – A dramatic victory over top-ranked Barry University lifted the SWOSU Women’s Golf team into the National Semifinals, where they gave #5 Florida Tech a great battle before being eliminated in the second round of match play at the NCAA Division II Women’s Golf Championships on Friday.

The Lady Bulldogs historic postseason runs ends as the program’s deepest tournament run as an NCAA Division II institution and the second-best national tournament finish behind a tie as the runner-up at the 1998 NAIA Championships.

SWOSU opened the day against Barry, the #1-ranked team in NCAA Division II entering the postseason. All five individual matches were contested within three strokes and the match was tied at 2-2 after Chloe Thackeray and Gloria Choi earned one-shot victories while Jenna Eidem fell by two strokes to Buccaneer All-American Tilda Larssen and Veronika de Bochdanovits was upended by one shot. The deciding match came down to senior Elin Wahlin, who broke a tie with five holes to go and pulled away for a three-shot victory to put her team in the Final Four.

Following a brief lunch break and setting of lineups, the Lady Dawgs ventured back on to the course to take on Florida Tech, the team that won the stroke play portion of the Championships on Thursday. Thackeray and Wahlin never trailed in their matches, while Choi and Eidem were tied for a combined 10 holes but unable to ever take the lead in their respective battles. The match was decided by de Bochdanovits matchup, which she led by three shots on the back nine and was tied with three holes to go before FIT’s Noelle Beijer pulled away to win by two shots.

“These past two weeks have been the most memorable of my coaching career,” SWOSU Head Coach Brad Fleetwood said. “What these ladies have accomplished is unbelievable and I could not be more proud of them for the way they represented themselves and SWOSU at the National Championships. This week, they were as good as anybody in the nation.”

SWOSU ends their second all-time appearance in the NCAA Division II Women’s Golf Championships with the program’s best finish at the tournament and their first appearance in the Match Play portion. The Lady Bulldogs will bid farewell to the decorated class that has formed the core of the program for the past four years as Choi, Eidem, Thackeray and Wahlin all got to complete their careers by playing on the biggest stage in Division II Women’s Golf.