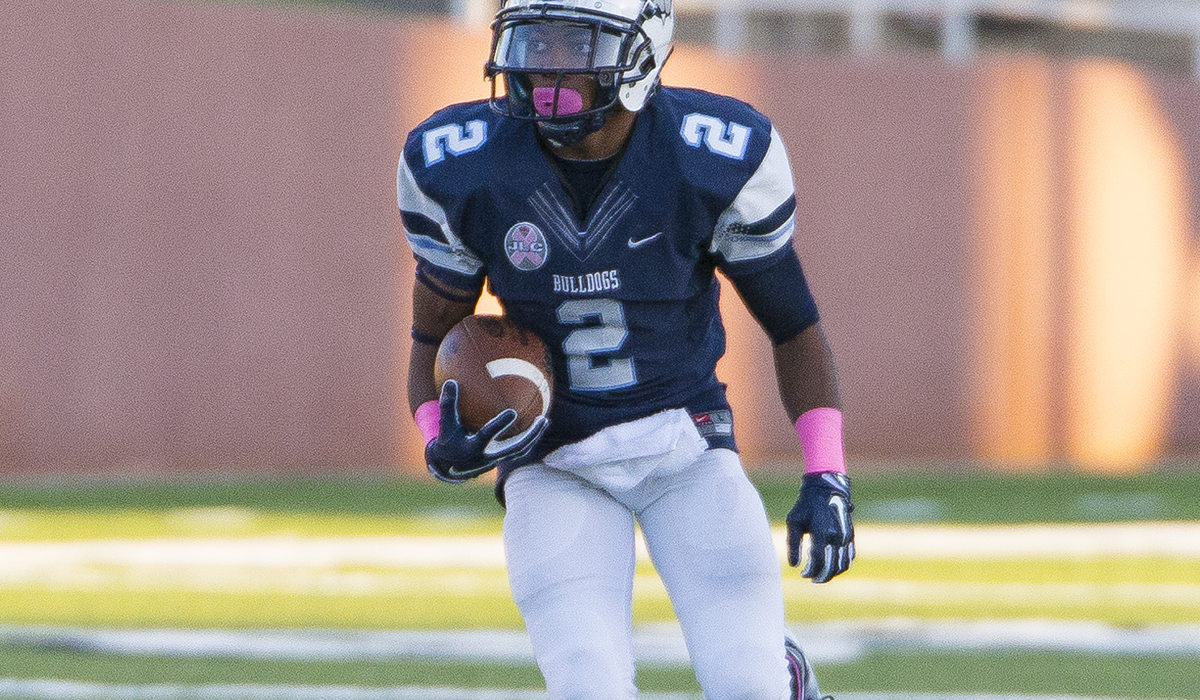 EDMONTON, Alta. – Former SWOSU All-American wide receiver D.J. Jones has signed his first professional contract, inking a free agent deal with the Edmonton Eskimos of the Canadian Football League (CFL). The move was announced on Thursday as the Eskimos announced the addition of 22 free agent signings in advance of training camp.

Jones has reported that his deal is for two seasons with an option for a third year. He will report to training camp on May 26th, play in two preseason games over the course of the next month before the regular season opens on June 24th.

“I was shocked when the General Manager told me he wanted me to come into his office,” Jones said upon signing his free agent deal. “I didn’t know whether they were going to sign me or let me go, so when they told me they wanted to offer me a contract it was unreal. I knew I could play at this level, I just needed the opportunity and I’m thankful that the Edmonton Eskimos have given me a chance.”

At the conclusion of last season, Jones returned to California to train for a professional career, which included returning to Oklahoma on March 24th to perform at a Pro Day hosted be Central Oklahoma. After that, Jones was invited to two CFL tryouts, the first on April 2nd for the Eskimos before one on April 9th for the Ottawa Redblacks. After his tryout with the Eskimos, the team invited him to a mini camp in Las Vegas on April 28-May 2, which is when they informed Jones of their desire to sign him to a contract.

The Edmonton Eskimo Football Club is the most successful franchise of the Canadian Football League modern era. Founded in 1949, the team – known for their Green and Gold colors – are 14-time Grey Cup champions, including the historic five-in-a-row from 1978 to 1982.

A two-year standout for the Bulldogs after transferring to SWOSU following the elimination of the football program at Menlo College, Jones earned All-Great American Conference honors in both of his seasons in Weatherford. As a senior, he was named a First Team All-GAC choice at wide receiver after setting a new single-season school record with 968 yards on 69 receptions. As a junior, Jones earned several All-American honors as an All-Purpose Player and Kick Returner and he was also named SWOSU’s Male Athlete of the Year for 2015-16.

“My coaches at SWOSU definitely had a big impact on my game,” Jones said when reflecting on his time with the Bulldogs. “They helped me focus on the small details and perfect my craft in any what possible so I can make my game better. The discipline they instilled as a program also helped me a lot. I give a lot of credit to my teammates because every day they competed and wanted to be great. They pushed me to be the best player I can be and I hope I did the same for them. We had each other’s backs and wanted to be the best for our next man.”