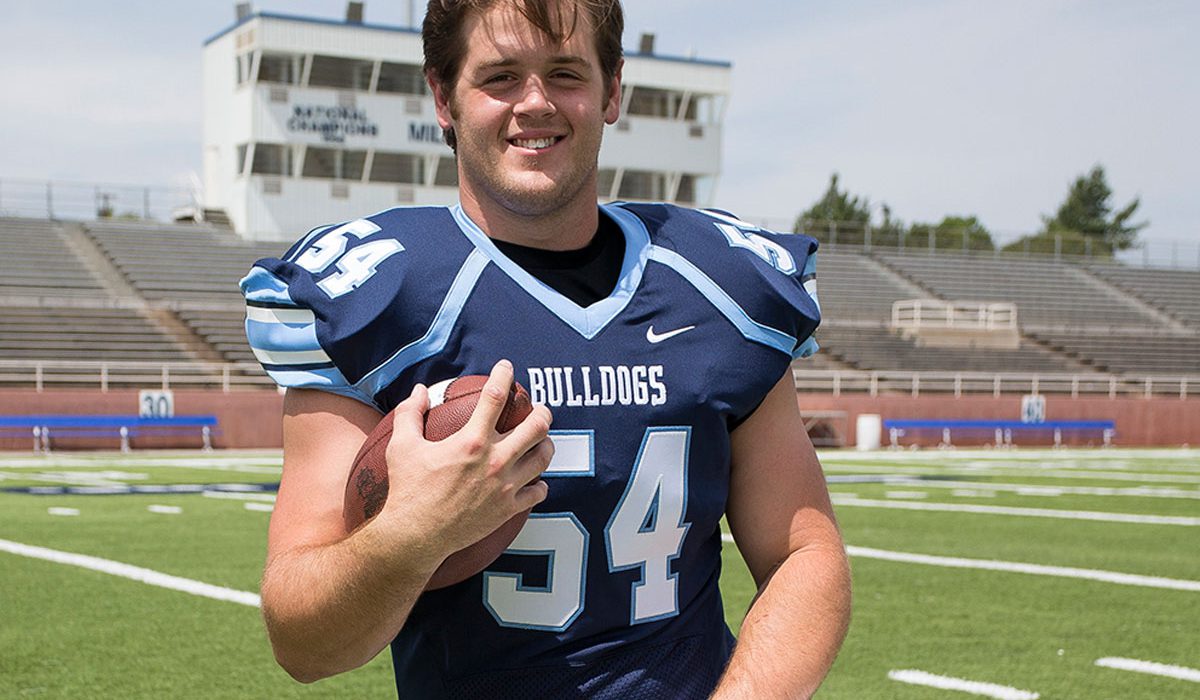 DAYTONA BEACH, Fla. – SWOSU senior linebacker Austin Loomis will have the opportunity to play one more collegiate game after being selected to appear in the eighth annual National Bowl Game on Sunday, December 10, at Daytona Municipal Stadium in Daytona, Florida.

Loomis was named an honorable mention All-Great American Conference selection following his senior season after leading the Bulldogs and ranking 12th in the conference with 74 tackles. He also led the team with two interceptions and recorded 5.5 tackles for loss, two pass breakups and one quarterback hurry. A five-year member of the SWOSU Football team from Edmond, Okla., Loomis finished his career with 262 career tackles, a mark that ranks him fifth in school history for tackles during the NCAA Division II era.

Loomis will be a member of the National Team, which will wear blue jerseys for the National Bowl and be coached by Bobby Rome. Kickoff of the game is set for 9:30 am (EST) next Sunday in Daytona Beach.

Loomis becomes the fourth former Bulldog to appear in the National Bowl Game and the first since 2014, when wide receiver Brad Smithey played in the game. Tight end Ryan Corbin and defensive lineman Jim O’Brien also played in the game following the 2013 season, with Corbin coming away with the James Pratt Faith & Courage Award after his performance.