The Most Brutal Day 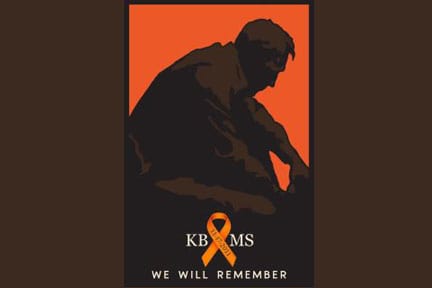 Call me an apologist.  Honestly, this weekend, I don’t care.

Hearing the news of the loss of Coach Budke, Coach Serna, and the Branstetters was so difficult. I was sick to my stomach throughout Friday.

And then the day ended with the OSU loss at Iowa State, which all of the prognosticators rushed to proclaim the end of any Cowboy hope to play for a national championship.

It was a brutal day for the Oklahoma State family.  As a member of this group now, I know this is a tight-knit group.  Now don’t get me wrong.  This isn’t the borderline cult-like closeness that is on display right now in Happy Valley, Pa.  It’s simply a family.

Things of the magnitude of a plane crash that claims members of your own on one branch of the family tree reverberate throughout the rest of the limbs.  A right-minded person has to understand that this would have an effect.

With so much on the line in this magical season for the Cowboys, I did not want this game to be played.  Not on Friday.

In my mind, I know that realistically, the game had to be played on Friday night.  It would have taken a serious toll financially to get the entire travel party out of Iowa and transport it back to Stillwater and then turn around at a later time and get them all back.  Food, lodging, fuel and all of the other trappings would have blown up the budget.  Not to mention all of the planning months in advance just to get this large group of people set up with a place to stay for the weekend.

In my mind, I know that one of the big things about being in athletic competition is the application of lessons that need to be learned in life, such as how to deal with adversity.  Sports is a venue in which people are taught that no matter what comes their way, they must go on.  Dealing with and overcoming adversity is a selling point to many parents, besides the pure thrill of competition, which confirms their decisions to encourage their children to be involved in athletics.  The passing of the four people on Friday night was an adversity on a major level to be dealt with.

But in my heart, I didn’t want the game to go on.  Not long after hearing the sad news, it dawned on me that the football team was still going to be playing later that day.  And it didn’t seem right.  It was a tough situation anyway to be playing on a night other than Saturday to start with, but to try to do so with such heavy hearts came across as something that would set up a team to fail.

Sure, Brett Favre played one of the greatest games of his life against the Raiders on a Monday night in which he received word that his father died.  And what a great display of will it was.

But Favre was not an 18- to 22-year-old at the time, much less 50+ of them.  One player might be able to put everything aside.  If might be too much to ask for ALL of them to do it.

Yes, I’m sure I’m an apologist for the Cowboys today.  But I don’t mind.  And somebody needs to do it, because Coach Gundy, his staff, and his team will not.

These men took the high road as well they should, and did not make any mention of the tragedy in their post-game remarks.  It was all about the game.  They are to be commended for it.

But with the likely exception of Jan. 27, 2001, Friday was the most brutal day in Oklahoma State sports history.  It was a challenging and difficult day.  And the weight of the day did take its toll.

However, it was just one day.  Oklahoma State athletics and the entire Cowboy family will recover and overcome.

Who knows?  There may even still be a place at the BCS championship table before all is said and done.

It just seems fitting to recognize this weekend that, as is almost always the case in sports, there is so much more that is being dealt with behind the scenes than what is being shown on your televisions.