This one is for family 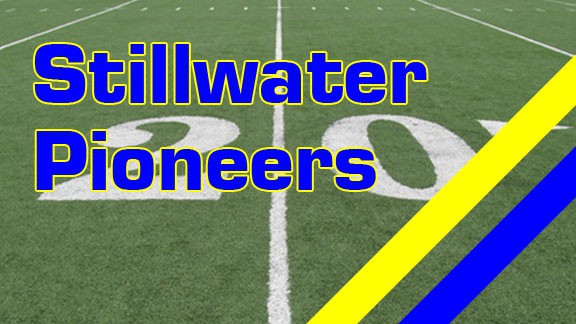 This game is for family.

The Stillwater Pioneer football team will play for more than a win Friday night when they travel to Enid for a Class 6A-II District 2 game.

Players and coaches remember where they were Saturday morning when Adacia Chambers crashed through barricades at the Oklahoma State University homecoming parade killing four people and injuring numerous more.

Coach Tucker Barnard was on the Oklahoma State campus getting ready for the game with his family. Defensive lineman John Latzke was in Edmond with his. Quarterback Jace Brownlee was taking the ACT.

Others were closer, but Barnard said the few players who were at the parade were unharmed. He said while he felt relieved when he found out none of his players were involved, he felt an immediate and deep remorse for those who were affected.

Barnard and the Pioneers wanted to help. When they found out Alleyn Campbell, a Stillwater Middle School student athlete, was recovering from his injuries at the Stillwater Media Center, they didn’t have to think twice about what their next move would be.

Barnard and seven of his players went to spend time with Alleyn, a kid they hardly knew, because they wanted to help anyway they could because that’s what a family does.

“We just wanted to do something,” Barnard said. “It wasn’t a big thing, but we went out and talked to him for a little bit. We took him a football and some shirts, told him we were thinking about him, praying for him hoping he could be strong.”

Brownlee said the visit was uplifting for everybody there.

“I felt terrible for him,” he said. “I was hoping we could put a smile on his face and make him happy and maybe change his day a little bit. We gave him a bunch of season passes to all the Pioneer activities like football, basketball and wrestling and a bunch of shirts. We wanted to help him out.”

After a week filled with heartache, the Pioneers want to give their town, their Stillwater family, something to smile about.

“I feel that it’s necessary,” Brownlee said. “I feel that if we win, I don’t know if any of those kids will even know, but I think we’ll feel better about it.”

Brownlee said he is confident the Pioneers can beat the Plainsmen if they play like he knows they can.

“(The Plainsmen), they aren’t great but they’re not bad,” he said. “They’re a team we could lose to but we should definitely win this game.”

No matter what happens Friday night in Enid, Barnard is confident this town, this family, will be able to get through yet another tragedy.

“It’s been well documented, all the various tragedies that have seem to have hit our little town in the past few years,” he said. “You have to keep pressing forward.”