Three Things We Learned This Week 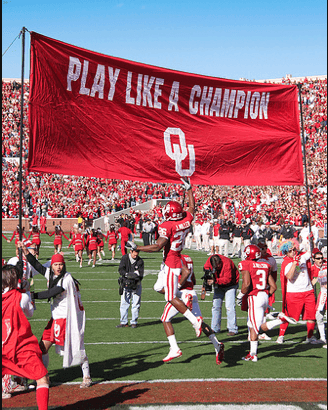 1) Oklahoma is deserving of the No. 1 ranking.  Going into a hostile environment and winning on the road is a huge statement in college football.  The biggest surprise here is that the defense was the storyline and not the high-powered offense.  The rest of the schedule looks good for the Sooners.  Although Texas is playing better, they lack the experience of this Oklahoma team.  The Aggies are rolling right now, but it’s been a long time since they left Norman with a win.  The game in Stillwater could be epic if both of the Oklahoma teams keep rolling.  The one game for the Sooners that shouldn’t be overlooked is Kansas State.  This could be a trap game if OU loses focus.

2) While nothing is set in stone it appears as if Oklahoma and Oklahoma State will be staying put for a while.  It looked very likely that both teams would be moving to the Pac 12.  The Pac 12 realized that they didn’t want the headache of the Longhorn Network either.  I don’t think it’s all said and done, but for now there seems to be nowhere to go.

3)  Tulsa/OSU, please don’t schedule another 9:00 pm game!  After several weather-related delays the game actually started at 12:15 am.  I tried to stay up and I actually made it through the first 5 minutes before falling asleep.  I know that no one could have predicted the weather but that was just crazy.  OSU put the Golden Hurricane away, but the biggest loss for Tulsa on the night was losing their starting quarterback G.J. Kinne.  Playing Boise State this week without Kinne will be an even bigger challenge than it already was.