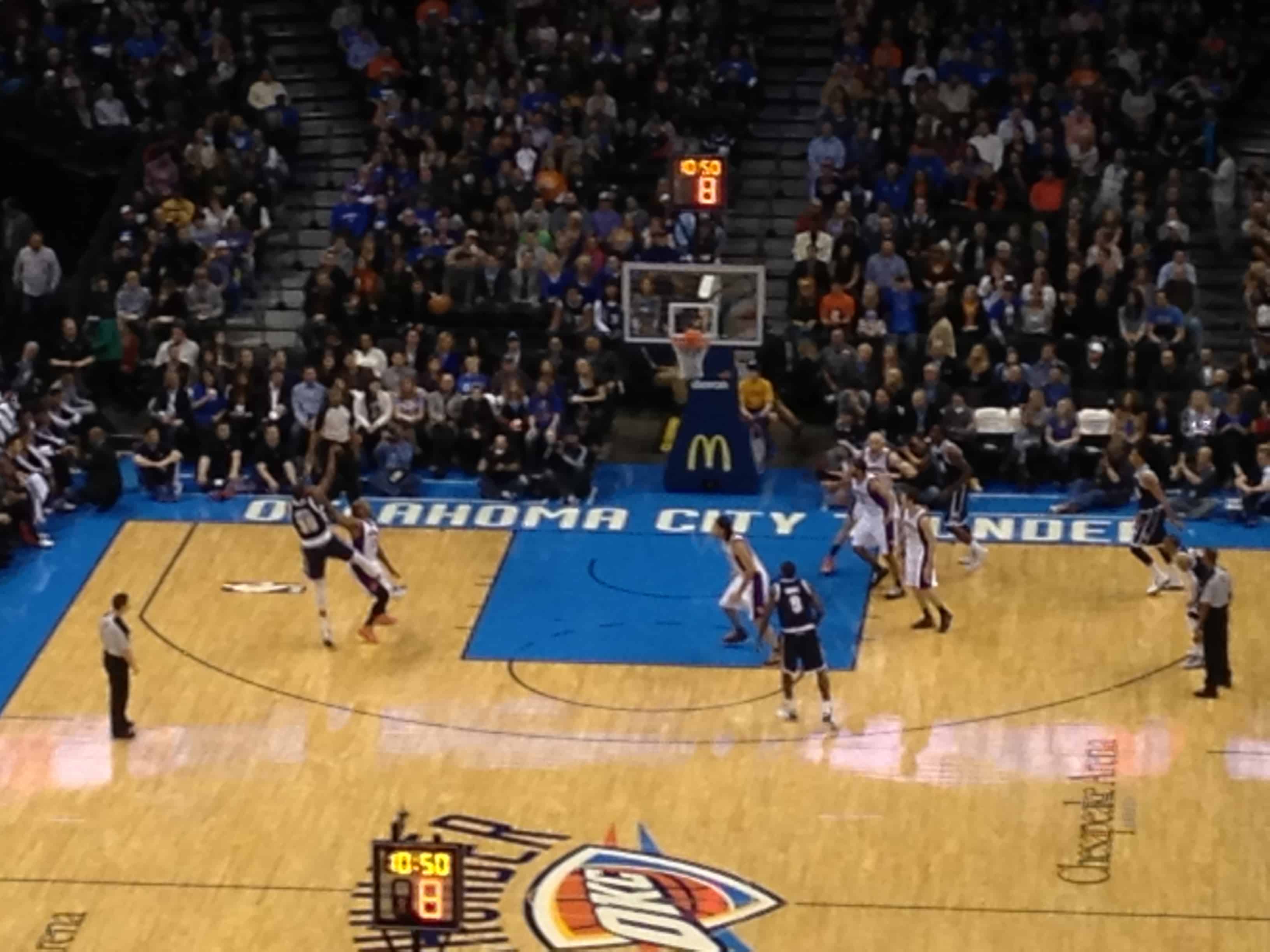 In their final game of 2012, the Oklahoma City Thunder defeated the Phoenix Suns 114-96 on Monday night at the Chesapeake Energy Arena to improve their record to 24-6 in their first 30 games of the season.

Phoenix has been off to rough start since losing Steve Nash to the Lakers in the offseason, but they made the Thunder work for this win.  Going into halftime, the Thunder led by only one point.

OKC started the third quarter without Russell Westbrook as he was receiving eight stitches above his eye in a cut he suffered with a little over a minute left in the half.  Reggie Jackson took Westbrook’s spot, and the Thunder went on a 12-0 run to jump out to a 14 point lead.  The Suns would not go quietly though.  They managed to shrink the Thunder lead to two points in the fourth quarter.

Russell Westbrook, who currently holds the longest active streak in the NBA for consecutive games played, not having missed a game in his entire career, relieved many Thunder fans when he returned to the game in the third quarter.  Westbrook and his fellow all-star Kevin Durant helped the Thunder hold the Suns at bay.

Durant led the Thunder with 30 points, but four other players scored in double figures.  Westbrook had 24 in addition to his 9 assists and 7 rebounds.  Serge Ibaka and Thabo Sefolosha finished with 16 and 14 points, respectively, and Nick Collison added 10 points and 9 boards off the bench.

The Thunder’s win kept their New Year’s Eve record perfect since the team came to Oklahoma City in 2008.  Their first challenge of 2013 will be the visiting Brooklyn Nets on Wednesday night.