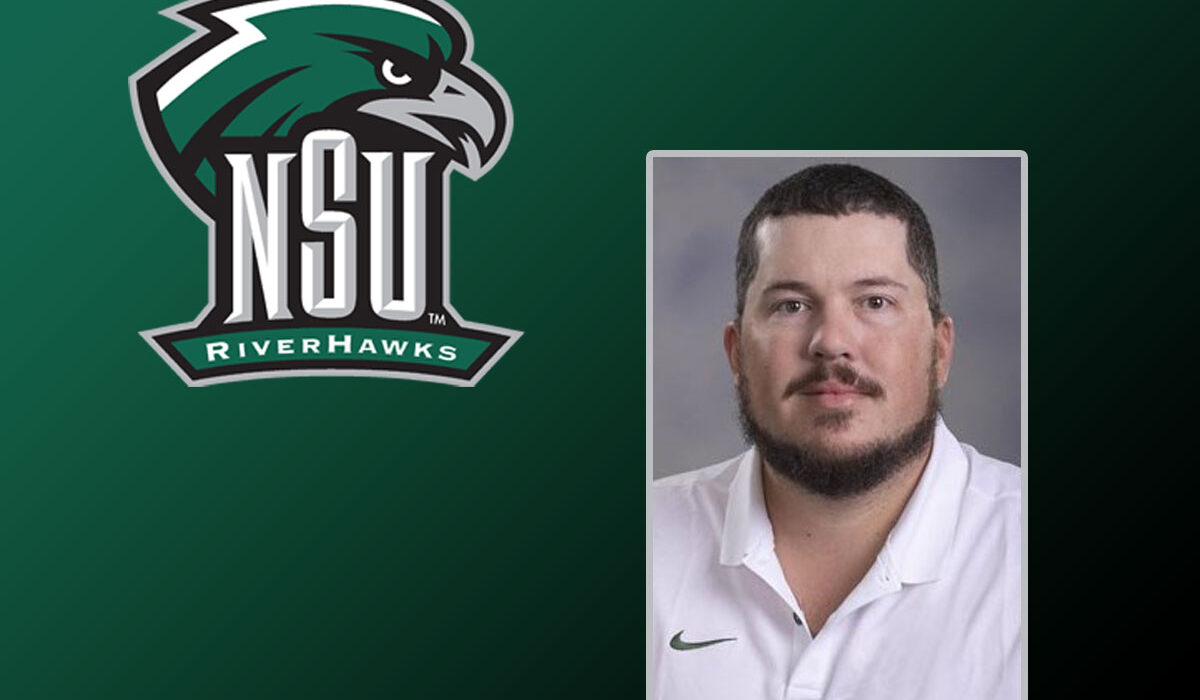 “We are pleased to have Tim McLane join the RiverHawks Family as our women’s tennis coach,” said NSU Athletics Director Matt Cochran. “We ran an extensive and thorough nationwide search for this important position. Tim came highly recommended from his previous schools (South Carolina Upstate and Mercer), and we believe he will fit in well with our other coaches and athletics staff.”

“The things that really stood out during his interview were his commitment to detail, recruiting philosophy, and overall excitement about coaching tennis at NSU. He has some very lofty goals for our nationally-prominent women’s tennis program and we have every confidence he has the ability to achieve those goals in the very near future.”

McLane comes to Tahlequah from USC Upstate (Spartanburg, S.C.), where he was the head coach for both men’s and women’s tennis programs for two seasons (2018-20).  In a COVID-19 shortened season this past spring, McLane had two student-athletes named to the Big South Conference All-Academic Team.  After taking over the tennis programs in July 2018, McLane guided the Spartans to a Big South Conference postseason berth for the men and reached the championship quarterfinals.  McLane had two men’s student-athletes named All-Big South and one of the league’s All-Academic Team.  He had one placed on the Big South All-Academic Team on the women’s team, and one student-athlete named All-Big South.

“First of all, I’d like to thank Dr. Steve Turner and Matt Cochran for giving me the opportunity to join the NSU community as the next women’s tennis head coach,” said McLane. “I enjoyed my visit to Tahlequah and could tell right away that the program has a great deal of support around campus and town, and am excited for the future of women’s tennis and the athletic department as a whole.”

“I had the opportunity to meet with the team and can tell they’re just as excited as I am to get to work as soon as the semester begins and make a push to win the MIAA. This program has a rich history of winning in the conference, achieving national rankings, and competing in the NCAA tournament.  Our goal is to return to that level and win conference titles. Go RiverHawks!”

Before assuming the head coach position at USC Upstate, McLane was the program’s top assistant for two seasons.  Four USC Upstate tennis student-athletes received postseason honors from the ASUN during his time as an assistant coach.  The tennis program had 15 student-athletes record grade-point averages over 3.0 during the 2017-18 academic year, including seven earning a perfect 4.0 GPA.

Before arriving at USC Upstate in 2017, McLane was an assistant men’s tennis coach from 2014-16 at Mercer. While at Mercer, he was responsible for team practices and conditioning, travel scheduling, and serving as tournament director for fall tournaments. Under McLane’s direction, he coached the 2015 SoCon Freshman of the Year, along with two student-athletes earning Second Team All-SoCon honors in 2015 and 2016, respectively. The Bears were also honored as an ITA All-Academic Team in 2014, 2015, and 2016.

McLane began his coaching career in August 2009 at St. Stephen’s Tennis Academy, where he was in charge of scheduling, coordinating, and coaching group and individual practices. McLane was also responsible for facility maintenance.