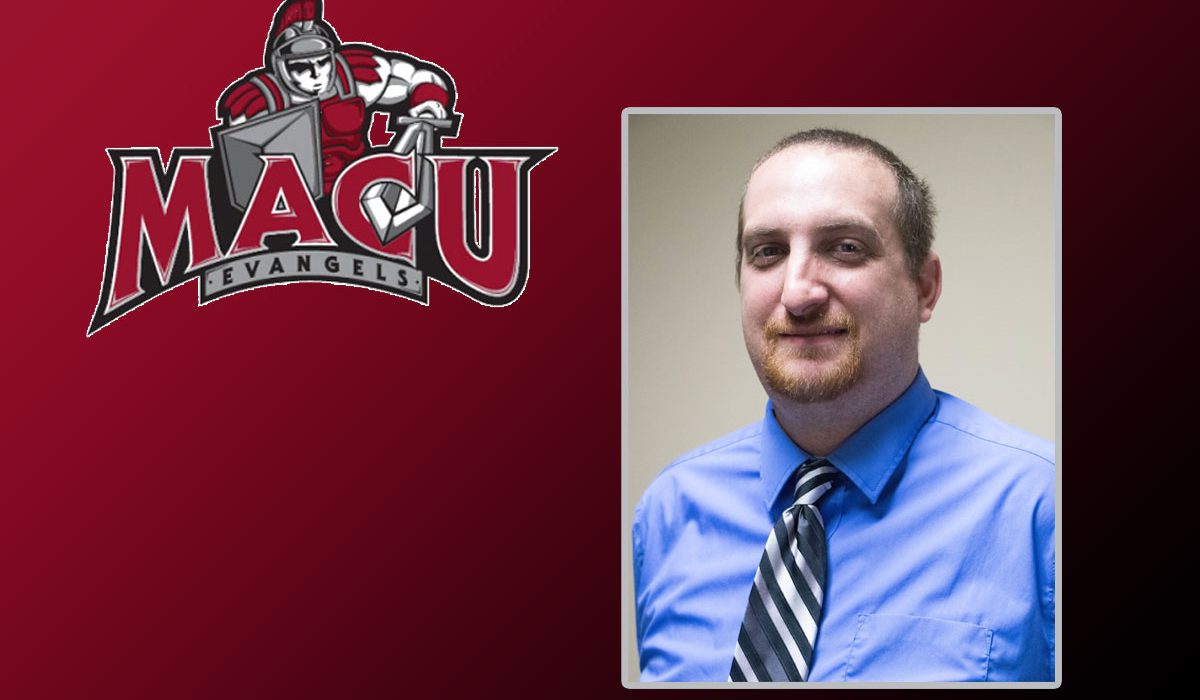 OKLAHOMA CITY – Mid-America Christian University announced today (July 25) that Tim Shay has been appointed the school’s Sports Information Director. Shay, who most recently worked for the American Midwest Conference, has nearly a decade of experience in the field.

“I am thrilled to have the opportunity to get into a position with a school such as MACU where I can once again focus on telling the stories of great student-athletes from the institutional level,” Shay said.

“I am grateful to [Athletic Director] Marcus Moeller and the folks at MACU for showing the confidence in me to come in and take things to the next level in promoting our nine teams as we continue competing in the always-tough Sooner Athletic Conference. I look forward to building on a solid foundation and being a part of the Evangel Athletics family.”

Moeller called Shay a “tremendous” addition to the department.

“We are so excited to add Tim, his wife Kaylynn, and their sons Allen, Cameron and Clark to our MACU family,” he said. “He is highly regarded within the SID community and comes with glowing recommendations from some of the best SIDs and administrators in the country.”

Moeller said Shay’s experience as SID at two separate NAIA institutions, as well as with the American Midwest Conference, have well-prepared him as he steps in to take MACU’s athletic department to the next level.

“Tim is a man of character with a tremendous work ethic,” Moeller said. “We couldn’t be more excited to have him get started.”

In addition to his successful tenure with the American Midwest Conference, Shay’s career highlights also include five years at Mid-Continent University and the University of Northwestern Ohio. During those five years, he was twice named conference SID of the Year.

In 2012, Shay was selected as a play-by-play announcer for the 2012 NAIA Divison-I Women’s Basketball Championship game DVD and served as a color commentator for the 2012 Fab Four.

Shay’s talent spans far beyond commentating and sports communications. He also spearheaded a major website reconstruction at Ohio Northwestern University, bringing the Racers into a new digital era to bolster their athletics program.