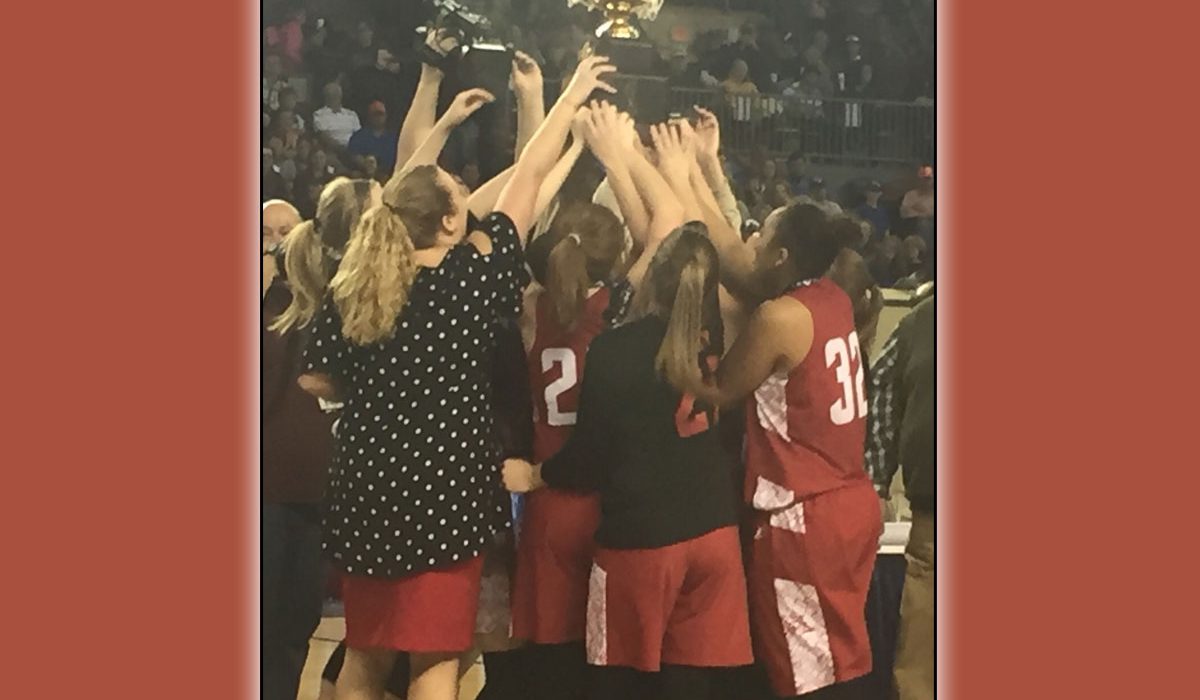 OKLAHOMA CITY – The Lomega Lady Raiders came into Saturday night with “3-peat” on the brain and for the first half of the game, it looked like that would be the outcome. However, the Kremlin-Hillsdale Lady Broncs just would not go away and outlasted the Lady Raiders to win the Class B Girls State Basketball Championship, 53-45, on Saturday night.

The Lady Broncs had only five players put up points, but of those five, three put up double digit numbers. Kremlin-Hillsdale were led by Kalli Rundle with 16 points on the night. Rundle was followed by Rebecca Wasson and Mahayla Mitchell who scored 15 and 14 points respectively.

The Lady Broncs had to overcome a 10 point deficit in the 3rd quarter by Lomega. The Lady Raiders were led by McKenzi Lamar who led all scorers with 20 points. The only other Lady Raider with double digit points was Rachel Yost with 11 points of her own.

Kremlin-Hillsdale also was smart with their fouls. Never once, did Lomega go to line in a bonus situation as the Lady Broncs committed only 10 fouls for the game. The Lady Raiders were not so lucky as the fouls and free throws ended up being the Achilles’ Heel for Lomega. The Lady Raiders drew 21 combined fouls and only shot ten free throws making half of them.

The Lady Broncs captured the state title during an impressive fourth quarter. With stout defense and great rebounding, Kremlin-Hillsdale outscored the Lady Raiders 21-8 in the final quarter.