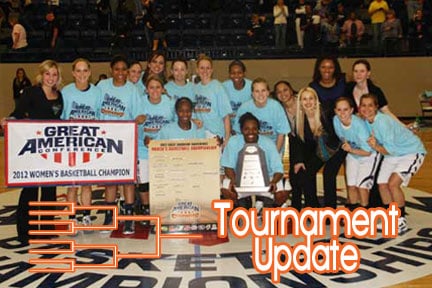 It’s been a great season for the Golden Eagles, but ORU is now likely looking at an NIT bid.  Western Illinois upset Oral Roberts in the semifinal of the Summit League tournament, and the Golden Eagles are now sitting at 27-6 and hoping.

Southwestern’s women took home the championship trophy from the first Great American Conference tournament on Sunday.  The SWOSU men were also in the final game, but couldn’t match their seventh seeded counterparts from the SAC (Oklahoma Christian) to capture the title.
Oral Roberts plays in the Summit League semifinals tonight.