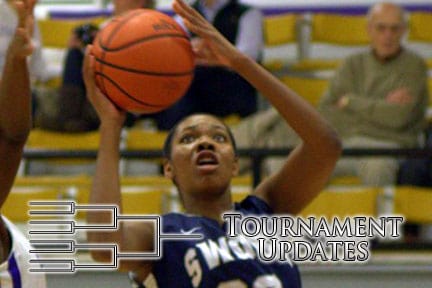 Who should beware the Ides of March?

Cowboys and Cowgirls, Bison and Jennies, among others.

Big 12 Player of the Year Marcus Smart had 18 points, but he, along with the rest of Cowboys, was not getting those points during a crucial stretch from the end of the first half to well into the second.  OSU is sure to be an at-large team in the NCAA Tournament.

The Golden Hurricane shot nearly 60 percent in the second half to overcome a 15-point deficit.  Taleya Mayberry had a game high 30 points for TU.

Tulsa is 0-3 against Memphis in the C-USA Tournament, but coach Danny Manning’s team finished above .500 in his first season in Tulsa.  Scottie Haralson had 25 for the Golden Hurricane in the loss.

ORU snapped the two-time defending SLC Tournament champion Cowgirls’ eight game tournament winning streak at eight and advanced to the title game.  Kevi Luper and Jaci Bigham each had 17 points and were among five Golden Eagles scoring in double figures.

The Lady Dawgs were up on the Jennies by 15 in the second half, but UCM whittled away at that lead.  SWOSU held on to win in its first appearance in the Division II National Tournament.

Lauren Gober had 16 points and OCU held on to win this one.

Leah Smith put in 26 points, but RSU comes up a game short of a repeat trip to the Elite Eight.

Defending national runners-up stopped well short of the goal, as the Bison were outscored 10-3 in the final three minutes.