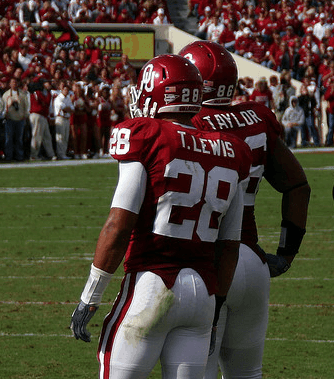 Travis Lewis the Sooners starting linebacker who returned for his senior season will be out 8 weeks after breaking a bone in his foot.  Corey Nelson will be moving into the starting position for Lewis.  Nelson received rave reviews in the spring and will be put to the test right out of the gate with a trip to Tallahassee the second week of the season.

Lewis’s foot won’t require surgery, just rest and immobilization.  This has to be a big disappointment for Lewis who came back to help the Sooners and hopefully improve his draft stock.