Tucker takes down another record as Lady Dawgs roll past SNU 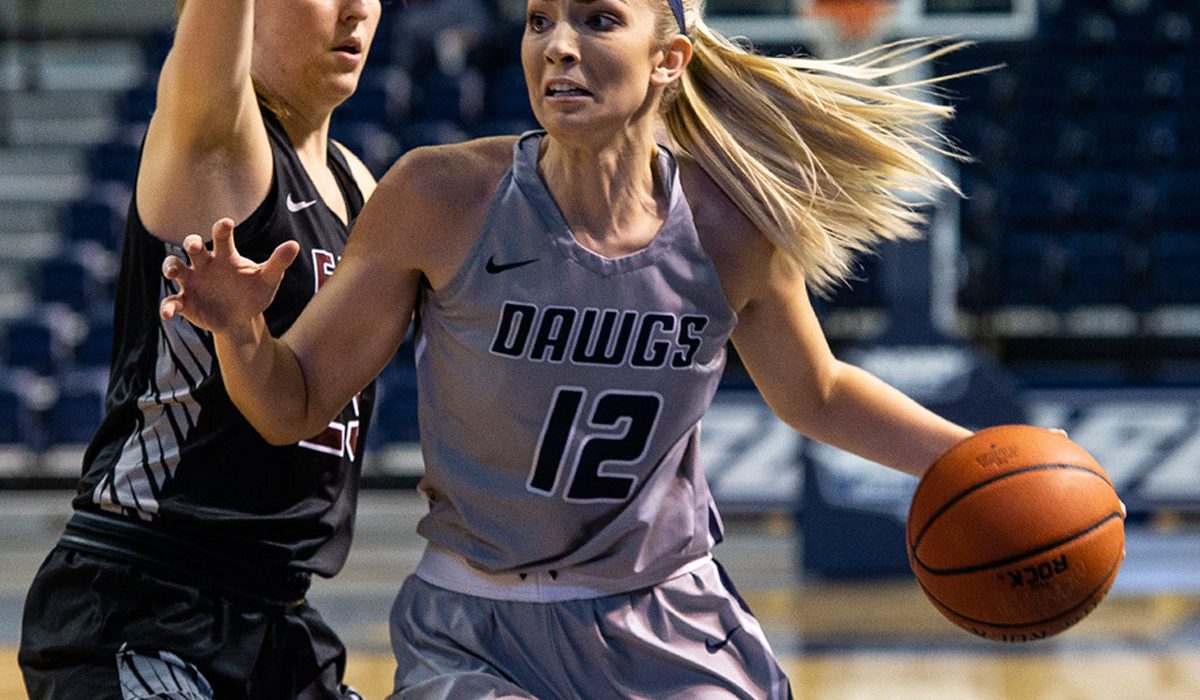 WEATHERFORD – Hailey Tucker scored a game-high 25 points and became the Great American Conference’s all-time leader in made free throws as she led the Lady Bulldogs to an 87-58 victory over Southern Nazarene on Saturday afternoon.

SWOSU was in control from the outset, scoring the first five points and never looking back as they built a lead of 22-8 at the end of the first quarter. That lead soared as high as 27 in the first half after consecutive three-pointers from Tucker and Savannah Gray made it 43-16 late in the half. The Lady Dawgs took an advantage of 43-19 to the intermission, with Tucker matching the Crimson Storm’s scoring output at the break.

The Lady Bulldogs continued to control the game into the second half as their lead remained double digits the entire half. The Crimson Storm mustered a six-point run early in the third quarter but to no avail as SWOSU held strong ending the quarter with a 28 point lead at 69-41. The Lady Bulldogs cruised in the fourth quarter eventually extending their lead to 35 points in the final two minutes of the game.

Tucker was 10-for-12 from the line, giving her 444 made free throws in her career and surpassing A’ndrea Haney of Harding, who held the previous record with 435. Tucker has now broken two conference records this week, becoming the GAC’s All-Time leading scorer on Monday and she ends the week with 1,845 career points, which is tied for second in school history with Valerie Fariss.

In addition it to Tucker’s strong performance, Hayden Priddy chipped in 13 points while Bethany Franks neared a double-double again with 10 points and eight rebounds while also recording three steals. In total, SWOSU had offensive contributions from 11-of-12 players who entered the game, including 29 points from players off the bench.

The Lady Bulldogs, now 8-1, 3-0 GAC on the year, will focus on final examinations this week before returning to action next Saturday (Dec. 15), when they face Oklahoma Baptist at 1:00 pm inside the Pioneer Cellular Event Center.