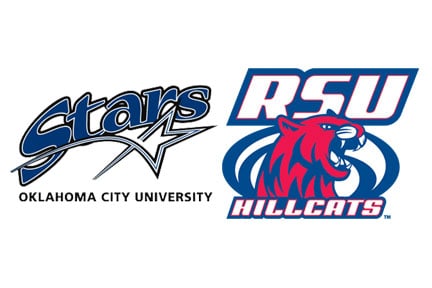 Defending champion Oklahoma City has a pair of losses early in the season, but that hasn’t kept them out of the Top 10 in the minds of the pollsters.

The two losses for the Stars came in the season opening Southwestern Classic to D-II SWOSU and NWOSU.  Since then, OCU has won five straight and topped the century mark in scoring in the last two contests.  Latricia Trammell is in her first season at the helm for OCU.

Rogers State is also in the first poll, but has dropped seven spots to No. 15.  The Hillcats were ranked eighth in the preseason poll, coming off an appearance in the Elite Eight last year.

RSU is 8-2 under first-year coach Roxanne Long.  The Hillcats’ pair of losses also came at the hands of Division II opponents – Northwest Missouri State and McKendree.

Oklahoma Baptist also received votes in the poll.  The Lady Bison are listed in the 28th spot in the rankings.