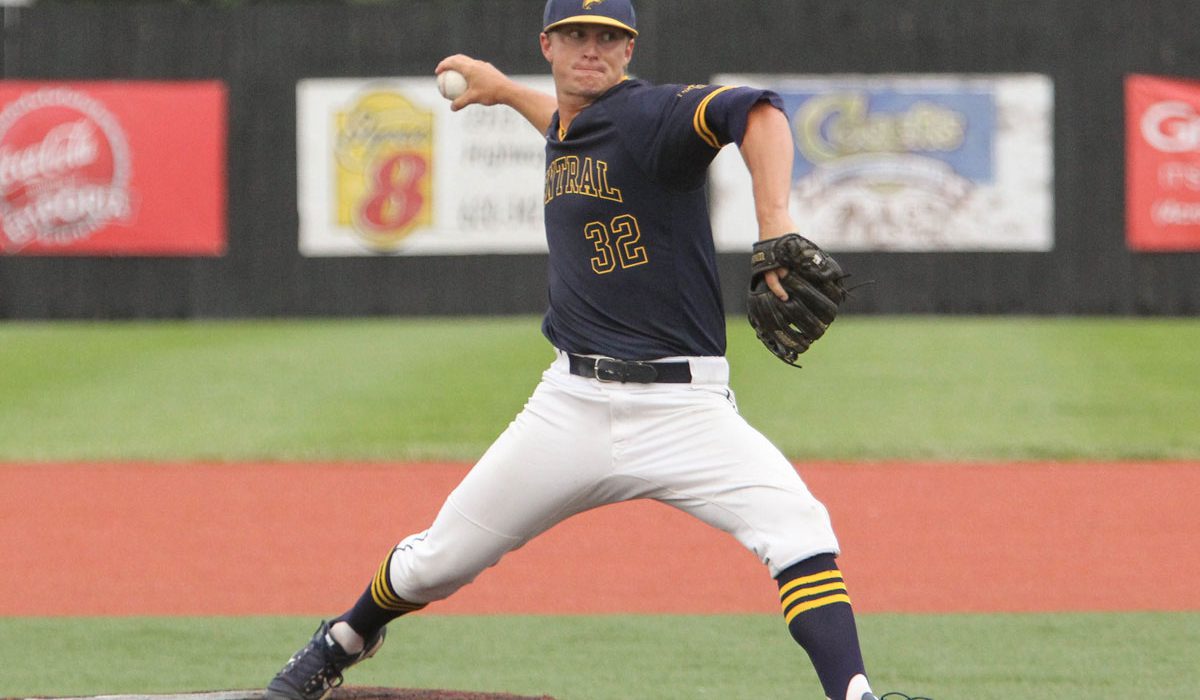 EMPORIA, Kan. – The University of Central Oklahoma baseball team’s season ended Monday after an 8-4 loss to Lindenwood in the NCAA Central Regional Championship.

The Bronchos found themselves in an early hole and couldn’t dig out of it despite some late-game offensive heroics.

“I’m really proud of the way these guys battled all season,” UCO head coach John Martin said. “They never gave up, kept fighting to the end.”

Lindenwood got the scoring started early. Leadoff hitter Wes Degener singled and moved all the way over to third on an error by starter Holden Capps. Tyler Muehling then reached on an error by Alvarez and Degener scored. Muehling came around to score on a single by Drew Quinones. Then with two outs, Conor Behrens drilled a two-run home run to left to make it 4-0 Lindenwood.

Lindenwood continued to press in the bottom of the third. A leadoff double from Muehling and an RBI-triple from Quinones made it 5-0. That was all for Capps. He finished with 2 1/3 innings pitched, six runs allowed on five hits and one strikeout.

J.D. Cameron replaced Capps with one out in the bottom of the third inning. UCO threw out a runner stealing second, but Quinones broke for home when Dayne Sommer threw down to second and scored to make it 6-0.

Cameron finished in the top of the sixth after three innings, holding Lindenwood at bat. He allowed just two hits. Drake Harper came on to pitch for Cameron, and allowed an RBI-double that made it 7-0.

Paul Sherwood followed with an RBI single just over the head of Central first baseman Trae Smith and Lindenwood had an 8-0 lead through six innings.

A Korey Floyd single in the top of the fourth was the first hit of the game for the Bronchos, but a 5-4-3 double play followed to end the inning.

Jon Kamies reached on an error in the top of the fifth, but again, a 5-4-3 double play followed and the inning was over.

Justin Brown gave the Bronchos their second hit of the day in the top of the sixth with a single through the left side. Brown would be left on base though as Kyle Miskovsky grounded out to follow for the third out of the inning.

The Bronchos finally got on the scoreboard in the top of the eighth inning. Jon Kamies led off with a single. After Anthony Alvarez grounded out, T.J. Sparr smacked an RBI double to left center to score Kamies and make it 8-1.

Greg Hyde also saw action on the mound Monday. He came in for Harper in the bottom of the seventh and got a quick 1-2-3 inning. He returned for the eighth and again, got a three-up, three-down inning.

Miskovsky led off the ninth with a double and Floyd followed with a four-pitch walk. Lindenwood made a pitching change, going to Marshall Shill. But Sommer eyed an 0-1 pitch and drilled a deep shot to left field for a three-run home run to make it 8-4.

But the wild end of the year run for the Bronchos would end moments later. Alvarez hit a deep fly ball to right, the Lindenwood right fielder gathered himself underneath it, made the catch and ended Central Oklahoma’s season.