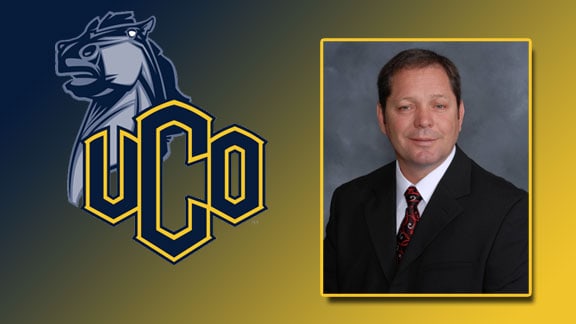 EDMOND – Todd Steidley, a former national champion for Central Oklahoma who went on to win seven state titles as a high school coach in the state, has been tabbed to take over as the Bronchos’ head wrestling coach.

UCO athletic director Joe Muller made the announcement Tuesday, with Steidley set to take over the perennial powerhouse program in early June.

“Todd’s experience is impressive,” Muller said.  “His success as a head coach, his contacts in Oklahoma wrestling circles and his administrative and leadership development skills make him an ideal fit for this prestigious program.”

“It’s my dream job,” said Steidley, currently principal at Claremore High School.  “It’s the only job I would have left Claremore for.  Edmond is a wonderful place to live, UCO is a great institution and we’re excited about coming back to take over the reigns of the wrestling program.”

“I wouldn’t be where I am today without the influence of David James,” Steidley said.  “He had a huge impact on me when I went to school at UCO and a lot of the things I’ve done in coaching I do because of him.  I want to continue his legacy.

“I guess it’s a new era and I’m excited about it.  I feel UCO is the best Division II program in the country and we want to fight for national championships and continue to mold young men into productive citizens.”

A prep standout at Tulsa Union High School, Steidley was a Division I qualifier at Utah State before spending his last two seasons at UCO.  He went 64-11-2 with the Bronchos from 1986-88, winning the 142-pound national title as a junior and finishing runner-up as a senior.

Steidley spent two years as a graduate assistant coach at UCO, helping the Bronchos capture the NAIA team title in 1989 before finishing second in the school’s first year in NCAA Division II in 1990.

He served as assistant coach at Clemson in 1990-91 before going to Enid High School as head coach for one year.  Steidley led Bristow High School to three Class 3A state championships during a six-year career there and then guided Ponca City High School to four consecutive Class 6A titles from 1998-06.

Steidley, who finished with a phenomenal 211-18 career dual record, has been principal at Claremore High School since 2006.

Todd and his wife, Kelli, have two children – Erin Delk and Garrett  — and one grandson (Loudin).