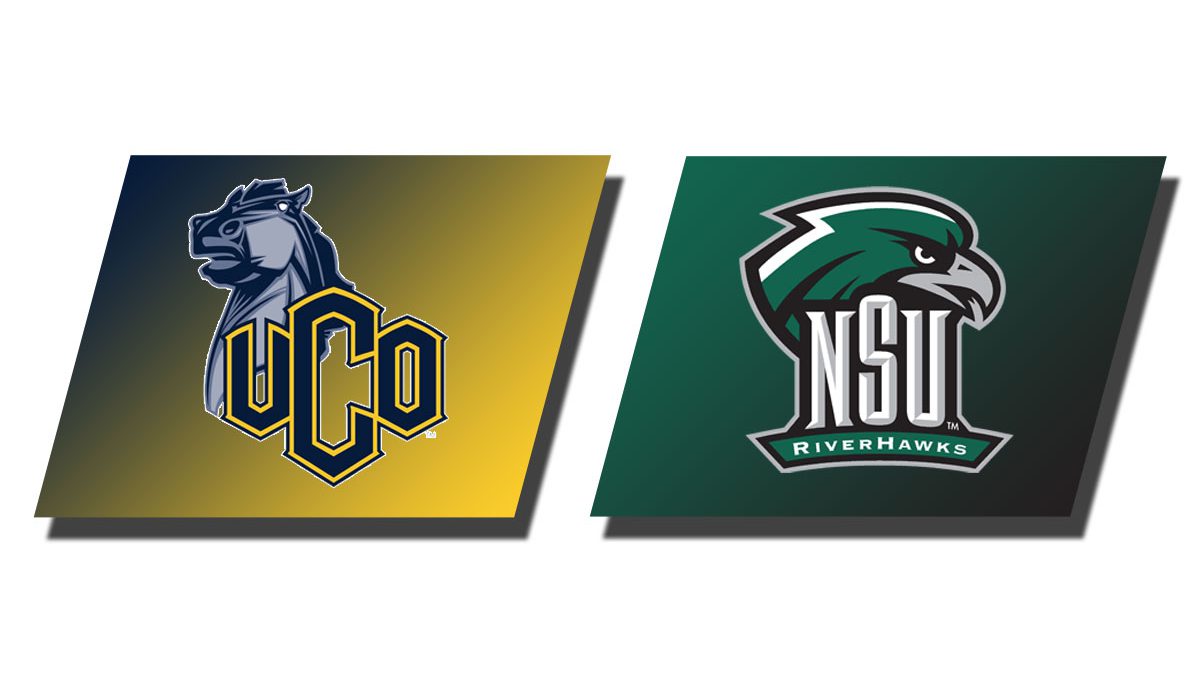 TAHLEQUAH – A three-run rally in the top of the 14th inning proved to be the difference for the University of Central Oklahoma in a 7-4 win over Northeastern State at Rousey Field Thursday afternoon.
It was the first extra-inning game of the season for the Bronchos, who are now 22-13 with the win. UCO is 13-9 in Mid-America Intercollegiate Athletics Association play. Thursday was the first of a three-game series. Central and Northeastern will play a doubleheader Friday, beginning at 10:30 a.m. to wrap up the series.
“That was a big team win,” UCO head coach John Martin said. “It’s good to win the first game in a conference series and we needed to fight for it today. Northeastern gave us all they had and we did the same. I think it’s a big for us to get out of a game like that with a win.”
Locked in a 4-4 tie, Phillip Scott belted a home run to right field to give UCO a 5-4 lead. Ryan Harrel followed that reaching on an error by the NSU first basemen. He moved up to second on the play, and then Paul Kropf knocked an RBI single to left field to score Harrel and make it 6-4.
Kropf moved to second when Carson Green reached on another NSU errors. He moved to third on Brice West’s fielder’s choice. Then West and Kropf worked a double steal. West hung tight in a rundown between first and second while Kropf scored to make it 7-4, UCO.
Brent Stephen would get the win for the Bronchos on the mound. He is now 2-0 on the season.
Stephens came on to pitch in the bottom of the 12th inning and struck out one batter while allowing only one hit over three innings of work.
Dylan Hall got the start for UCO. He threw 7 2/3 innings, allowed seven hits and three runs, but struck out 11 on the day. Landon Bond, Junior Obeso and Josh Rutland threw3 1/3 innings between Hall and Stephens. Obeso struck out two during his 2 1/3 innings on the mound.
Central Oklahoma found itself down 2-0 in the first inning. Hall gave up a leadoff double and a two-run home run. It wouldn’t be until the sixth before UCO responded.
Brock Schaffer led off the top of the sixth with a single to left. He moved up to second on TJ Black’s sacrifice bunt and over to third on a wild pitch following a walk Scott drew. Kyle Crowl grounded out to the NSU shortstop to score Schaffer. That made it 2-1.
UCO scored two in the top of the eighth to take the lead. Kace Massner leff with a walk, and Schaffer took his turn laying down a sac bunt. Massner then moved to third on Black’s fly-out to center field, and he later scored on a wild pitch while Scott stood in the batter’s box. Scott drew another walk, then scored when Crowl belted a double to left field.
That made it 3-2, UCO. The lead wouldn’t last long though. Hall gave up his third run in the bottom of the eighth and it was tied, 3-3.
Central Oklahoma had another chance to put it away in extras. Green earned a one-out walk, and advanced to third on Taylor Avila’s single to second base. Green then scored on a wild pitch  by NSU to make it 4-3, Bronchos.
However, Central gave up another run in the bottom half and the game was extended yet again. That was until UCO made its 14th-inning rally.
The Bronchos scattered 12 hits in the 14-inning affair Thursday. Black, Scott, TK McWhertor, and Avila all had two hits. Crowl, Kropf, Massner, and Schaffer each had one hit. Massner, who had a double, Crowl, and Scott all had extra-base hits. Crowl’s two runs batted in led the Bronchos.

UCO and Northeastern State will get right back to it on Friday. The doubleheader is set to begin at 10:30 a.m. at Rousey Field.