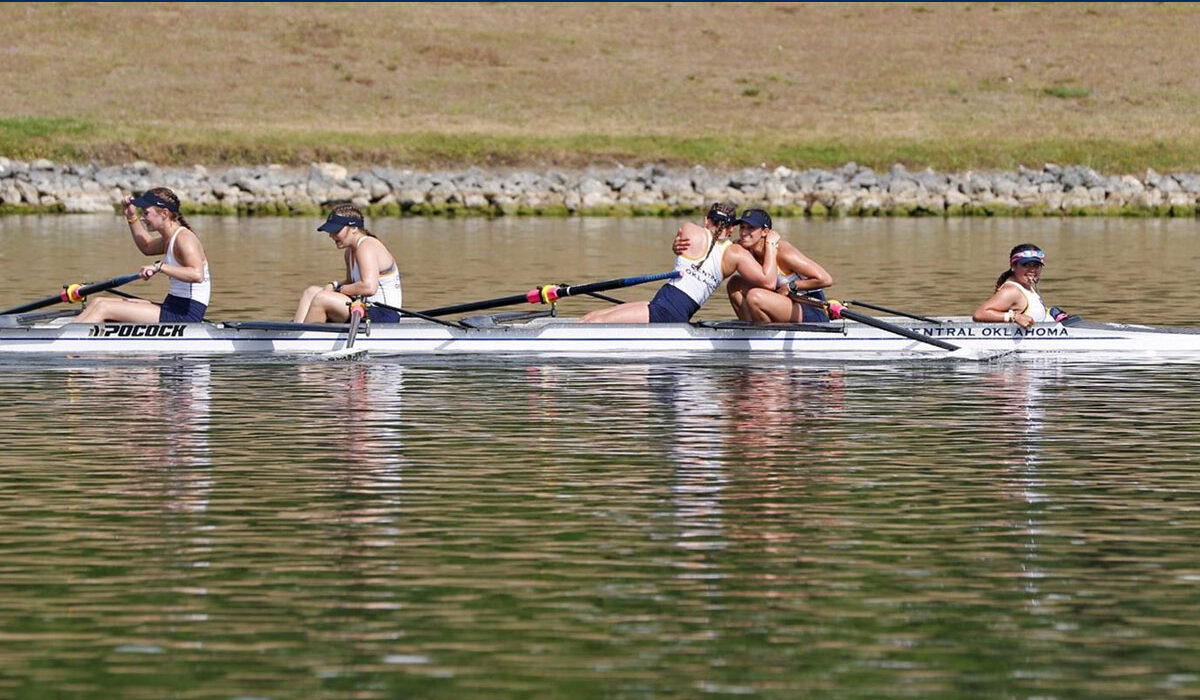 “All the hard work paid off,” UCO head rowing coach Brian Ebke said. “All the practices, all the training, everything. These girls have worked so hard, and some of them for the last two years just for this moment. I’m proud of them. I’m proud of the girls in the boats but for everyone in the program that played a part. It takes a team effort and I’m just so happy to see the reward.”

The fours, led by coxswain Yesenia Gil-Salazar, jumped out to an early lead and never looked back. The boat included Sage Kroeker, Allison Staley, Danielle Dick and Kelsey Woellmer. UCO led by five seconds after the first 500 meters and just got better from there. It was an 11 second lead at the halfway point, a 17 second lead after 1,500 meters, and the Bronchos won by a blistering 24 seconds when they crossed the finish line.

The eights, led by coxswain Madisyn Kitchell, started their race as the fours were finishing and the outcome was similar. The boat included Kateryna Klymenko, Megan Dwarshuis, Shelby Wackerly, Cameron Blunk, Hope Brooks, Faith Brooks, Keyna Holleman and Siobhan Quirke. UCO also led by five seconds after the first 500 meters, then seven at the halfway point. It was all Central down the stretch. UCO led by 10 seconds after 1,500 meters and won by 14 seconds.

Central Oklahoma won its first Varsity 8+ national title in 2017 as the Bronchos finished national runners-up in the team standings. UCO followed that with another V8+ win in 2018 as the Bronchos won their first team national championship. In 2019, the Bronchos swept both championships to claim title No. 2 as a team, just as they did Sunday in Florida for title No. 3.