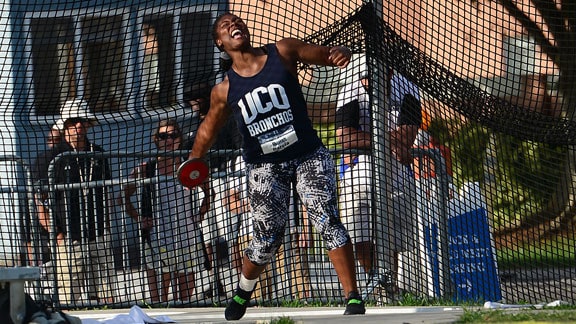 The Mustang sophomore won the crown by a mere four inches with a 172-foot, eight-inch effort, 20 inches short of her best throw this season.

“Mariah definitely didn’t have her best day, but she did enough to win and that’s all that matters,” head coach Martha Brennan said. “She’s been great all year and to become our first outdoor national champion is an amazing accomplishment.”

Garcia also participated in the hammer throw, finishing 10th in that event with a season-best 185’-0” toss.

Sophomore Junanna’e Lewis qualified in the 400-meter dash, but didn’t advance to the finals after running a 57.06 in Thursday’s prelims.