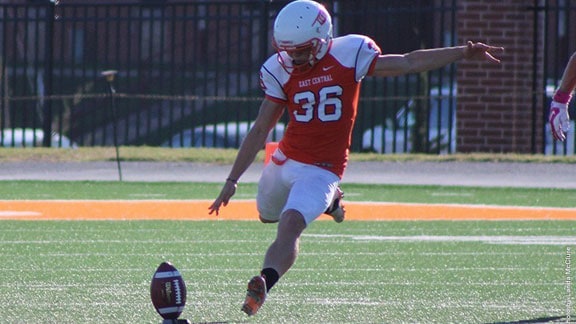 It’s time to start making the plans for your college football road trips in the fall. And OklahomaSports.Net has put together a plan to let you visit each of the 15 colleges and universities in the state that have football programs. With this roadmap, you can see the stadiums from the storied and historic to the newly renovated. Here’s our guide to 15 games in 14 weeks.

Aug. 29 – DuPage at Northeastern Oklahoma A&M
Red Robertson Field, Miami
If you want to get a jump start on the season, head to Miami. This game is the only college football game in the state in August this year. The Golden Norsemen finished just shy of .500 last season at 5-6 and lost to DuPage in the opener, 30-9. Red Robertson Field underwent major renovations in 2014 and is one of the best junior college facilities in the nation.

Thursday, Sept. 3 – Ouachita Baptist at East Central (Ouachita leads series, 13-5)
Koi Ishto Stadium, Ada
Ouachita comes in as the defending GAC champions, undefeated last year in the regular season. ECU would like to put that streak to a stop in the opening week. East Central won seven games last year and played in a post season bowl game. In partnership with the Chickasaw Nation, Norris Field was renamed Koi Ishto Stadium prior to last season’s schedule. Koi Ishto means Big Cat and refers to both the (ECU) Tigers and (Ada H.S.) Cougars, who call the field home. New field turf arrived in 2013.

Sept. 5 – Harding at Oklahoma Baptist (First meeting)
Hurt Field, Shawnee
The Bison host the Bisons for their first official game in Great American Conference and the game is set to kick off at 11 a.m. OBU had a winning record last season. Will that carry over into NCAA Division II? The Hurt Athletic Complex was re-tooled in 2011 to house the football team, which was coming back after an absence of more than 70 years. There is seating for nearly 3,000, but the fans of Bison football exceed that capacity weekly.

Sept. 12 – Lincoln at Langston (Langston leads series, 30-18-1)
W.E. Anderson Stadium, Langston
It was a thriller in Kansas City when these two played last season, with the Lions defeating the Blue Tigers, 49-48. Langston has more home games this season than in recent memory and the first is this rematch with the Division II rival.  Anderson Stadium looms large on the Langston campus and seats more than 12,000.

Major renovations to the field and press box at Ranger Field. Photo by Jay Lee.

Sept. 19 – Henderson State at Northwestern (HSU leads series, 2-1)
Ranger Field, Alva
The Rangers head into 2015 with NWOSU alum Matt Walter as the new head coach. Northwestern will have to find a way to shut down what has been a high-powered Reddie offense of late. As the transition to Division II has been going on, so has the multi-million dollar renovation to Ranger Field. There is have been upgrades to the locker rooms and coaches’ offices, a new press box has been built and the most visible change is likely to the field itself, as new turf has been installed. It’s a good look what for what should be the first year for the Rangers as active Division II members.

Sept. 26 – Oklahoma Panhandle at Bacone (BC leads series, 7-4)
Indian Bowl, Muskogee
It could be the last time these in-state rivals meet for some time. The Warriors have won three of the last four, but the Aggies are a program on the rise. The OPSU game is the final one of a tough non-conference schedule for new head coach, Lawrence Livingston, before the Warriors hit the CSFL portion of the slate. Bacone calls the Indian Bowl home and shares the field with the Class 6A Muskogee Roughers.

Oct. 3 – West Virginia at Oklahoma (OU leads series, 5-2)
Gaylord Family – Oklahoma Memorial Stadium, Norman
Bob Stoops won his 100th regular season Big 12 game in the win over the Mountaineers last year. It’s the first Big 12 game on the schedule for the Sooners this season in the largest stadium in the state. Semaje Perine rushed for 242 at WVU last year. What will the encore look like? Memorial Stadium has been hosting games since 1923 and seats more than 82,000. Traditions before and throughout the game make this a great part of the road trip.

Oct. 10 – East Central at Southwestern (ECU leads series, 49-41-2)
Fast Lane Field, Weatherford
Right in the middle of the GAC schedule, these rivals meet for the 93rd time. Southwestern’s loss at Ada last year was the fifth in a row for the Dawgs, who struggled last year. Only nine starters return for this year’s team. The facilities in Weatherford continue to improve and Fast Lane Field at Milam Stadium for fans in western Oklahoma to watch a game. It is more than 75 years old and now seats 8,600.

Oct. 17 – Central Missouri at Central Oklahoma (UCM leads series, 3-0)
Wantland Stadium, Edmond
The Bronchos are still looking for a win against the Mules in a series that started with the entrance into the MIAA. UCO earned eight wins last season and turnovers against UCM were likely what kept that number from being nine. This game could be a turning for both teams at this point in the year. Wantland Stadium has been the home of the Bronchos since 1965 and seats 10,000, with club seating, a state-of-the-art scoreboard and a three-level press box. Wantland put in artificial turf in 2012.

Oct. 24 – Northwestern at Southern Nazarene (NWOSU leads series, 10-1)
SNU Stadium, Bethany
The Crimson Storm football program got started in 2001 and had success in the NAIA, but the team has struggled since entering the Division II ranks. The contest with the Rangers will be the 12th and match the longest series with any opponent on the schedule. SNU Football Stadium seats 2,500 and the field has seen a major upgrade in the offseason with a new turf.

Oct. 31 – Texas College at Oklahoma Panhandle (OPSU leads series, 7-1)
Carl Wooten Field, Goodwell
OPSU starts its football affiliation with the Lone Star Conference this season. The contest with Texas College will be the last of the CSFL scheduling. The Aggies put up 70 points against the Steers last year. And it’s a good time to preview your Halloween costume for later. Wooten Field saw action first in 1919 when it was just a dirt field with stickers. Wooden bleachers and goal posts were added in 1934, real turf covering in 1947 and permanent bleachers in 1948-1949.

Nov. 7 – Washburn at Northeastern State (Wasburn leads series, 4-1)
Doc Wadley Stadium, Tahlequah
NSU coach Rob Robinson was at Washburn for 12 seasons, prior to his first with Northeastern State last year. The reunion was a tough one with the Ichabods shutting down the RiverHawks in Topeka, Kan. NSU hosts this year’s game and it should be a good opportunity to see the Robinson era in Year Two. Northeastern football was first played at Gable Field in 1915. It has seen a slight relocation and with renovations a dedication of the stadium to former football coach D.M. Wadley. It seats 8,500 and the climb to the top of the bleachers is a memorable one.

Nov. 14 – East Central at Southeastern (Series tied 46-46-6)
Paul Laird Field, Durant
Both teams earned trips to D-II bowl games last season and the 100-plus years of rivalry still burn strong between the schools and the series record is tied all these years later. It is the second-longest collegiate football rivalry in the state, behind OU-OSU. A conference title could be on the line in this season finale. Paul Laird Field is yet another to receive new turf during the offseason.

Nov. 21 – Navy at Tulsa (Series tied 1-1)
H. A. Chapman Stadium, Tulsa
The teams have played only twice before and split the wins, but it’s the first time the Midshipmen will face this Hurricane as a conference foe. The first season for new coach Phillip Montgomery will be wrapping up as this is the final home game of the season for Tulsa. When Navy first visited Tulsa, the site was known as Skelly Field, which was constructed in 1930. With the renovations and new turf added in 2008 came the new name. Chapman Stadium seats 30,000

Nov. 28 – Oklahoma at Oklahoma State (OU leads series, 84-18-7)
Boone Pickens Stadium, Stillwater
Bedlam. Enough said.
The Cowboys had a rally for the ages in 2014 in Norman and took the game in overtime, 38-35. The Sooners would like to reassert themselves in Stillwater this year. Both teams would like to have established bowl eligibility already by this time, with more on the line in the season finale. BPS was built in 1919, but with renovations throughout the 2000’s and completed in 2009, the stadium, which seats 60,000, was rededicated for its benefactor in ’09.