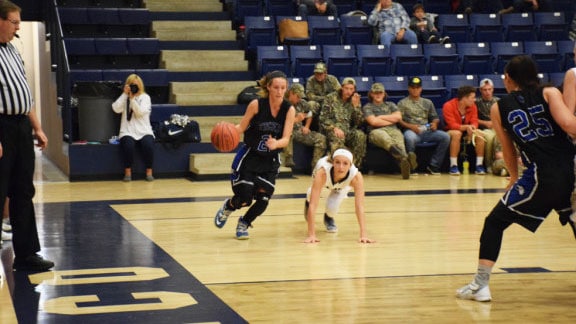 In the first half, Minco had the upper hand until the second quarter when Morgan Englebretson hit three 3’s, putting Union City within striking distance going into the half down five, 21-16.

In the second half, the Lady Tigers had trouble scoring, putting up only three points in the third quarter, while the Bulldogs took off with eleven points.

But the Lady Tigers did not give up in the final quarter. It was a tough game inside, but Union City kept driving and laying the ball up closing the gap.

The Lady Tigers had a fantastic fourth quarter making it only a nine-point game, but in the end fell just short.

The leading scorers of the game were Kennedy Sepulvado and Morgan Englebretson both with nine points followed by Hunter Johnson with seven and Alex Chipps with six.

The Lady Tigers play next against Ninnekah at home Tuesday, Dec. 6.

This story was first posted on gouctigers.com and was republished with permission.