USAO to add volleyball in 2016 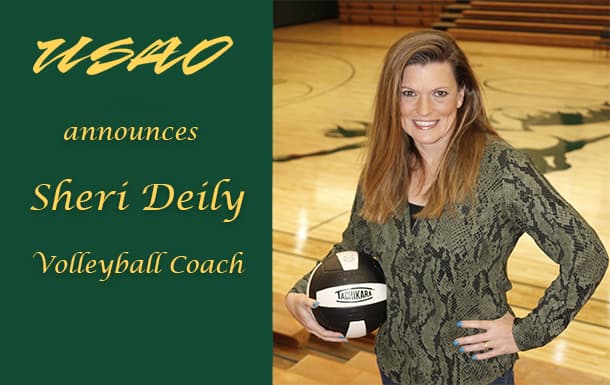 The University of Science and Arts of Oklahoma announced Monday that it will add volleyball as a varsity sport.

The program will begin play in 2016 as an NAIA sport and will compete in the Sooner Athletic Conference.

“I am very excited that we will be offering women’s volleyball here at USAO,” Drovers’ athletic director Brisco McPherson said in a release.

“Volleyball is a dynamic, fast-paced sport that is very entertaining and fun to watch. Bringing the sport to USAO allows us to provide more opportunities for young ladies who have the necessary athletic skills and academic qualifications at our unique institution.”

The first coach for the new team will be Sheri Deily. She is the founder, director and coach of Club Synergy Volleyball based in Piedmont, a club that has competed in Oklahoma, Texas, Arkansas and Kansas tournaments.

“I can not wait to get started. Volleyball is my passion, and I love teaching the sport,” Deily said in the release. “This opportunity is a big step in my coaching career, and I look forward to the challenges and rewards of building the program.”

One of the things that attracted Deily to the job was the opportunity to build the program from its beginnings.

“I understand the peaks and pitfalls of starting a program from scratch,” Deily said. “I did the same with Club Synergy three years ago.”

“I will have total control over choosing my players. I can build a relationship with them even before the season starts which will make us stronger on the court.”

She also said she plans to build up the sport in the area beyond the university.

“I plan to have camps and clinics in the summer time and hopefully we can get a club started in the area,” Deily said. “With the existing support of the USAO administration, faculty, staff and students, I’m certain that we can win over the Chickasha area with a group of student-athletes they will be proud to support.”

USAO is the most recent university to bring in volleyball, and it is a sport that has seen growth in Oklahoma in recent years.

Northwestern revived its volleyball program in 2012. Both Southwestern and Central each earned bids to the NCAA Division II national tournament this year, while Oklahoma Baptist finished as the national runner-up in the NCCAA.