Weeden Should Shine in 2011 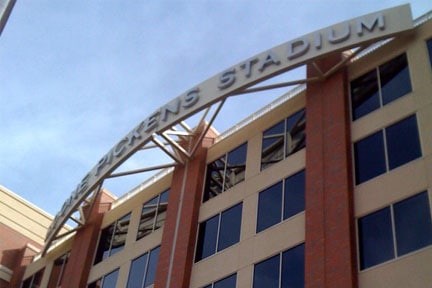 When Brandon Weeden takes the field at Boone Pickens Stadium in September, Cowboys fans will be hoping that he picks up right where he left off.

The 27-year-old senior from Edmond is returning to play one final season in orange and black.  And the hype preceding this season is higher than it has been in more than 20 years since NCAA sanctions set the program back, well, about 20 years.

It’s a completely different feel coming in, at least for those outside the program, than that of last season.  And the Pokes won a school record 11 games in 2010.  But many experts didn’t expect them to have that kind of fortune.  The young team was picked to finish fifth or sixth in the Big XII South by almost every major publication.

Now the Cowboys are preparing for a season by building upon success and the experienced signal caller is at the center of it.  There are a number of reasons to think that Weeden will live up to the expectations from without that he has brought upon himself and likely exceed them.

A big factor that helped what seemed to be meteoric rise for Weeden was the protection he received from his offensive line.  That veteran line is coming back to Stillwater intact.  Center Grant Garner (Sr., Mesquite, Texas) is the most diminutive member of the Cowboys’ interior at a petite 6’3” and weighs in at only 285.  Each of the other members of the line tops the scales above 300.

Levy Adcock (Sr., Claremore) is on the Lombardi Award watch list.  This award is given to the nation’s best lineman.  Adcock had an amazing season in 2010, not allowing a sack while playing in all 13 games.  In fact, the entire line was impressive in the sack category.  Oklahoma State finished the season tied for No. 7 in Division I giving up less than one sack per game (.77).

Nick Martinez (Sr., Floresville, Texas), Jonathan Rush (Sr., Killeen, Texas) and Lane Taylor (Jr., Arlington, Texas) join Garner and Adcock on the line.  These five accounted for all 65 starts on the offensive line last season.  The experience factor is definitely on their side, but that doesn’t mean everything.  These players are good to go along with that.

Gone is the mad scientist Dana Holgerson, who was the Offensive Coordinator at OSU.  Holgerson physically looks as though he narrowly missed beating out Christopher Lloyd to play Dr. Emmett Brown in the Back to the Future trilogy.  But the schemes he throws out for his offenses to run work with such success, they look like they were concocted in a lab.

But Holgerson has headed east to direct the West Virginia program and he has enough on his plate to deal with in that program.

Monken has spent over 20 years coaching with stops at six universities and the last four years with the NFL’s Jacksonville Jaguars.  Primarily he has been over the wide receivers, but Holder and Gundy have faith in Monken to be able to work with Weeden to get the Cowboys to the next level.

It’s tough to speculate what might have happened if Dez Bryant hadn’t spent too much time with Deion Sanders and then lied about it.  The sanctions from the NCAA that followed caused Bryant to miss most of the 2009 season and a chance to see if he could win the Biletnikoff Award, which is given to the nation’s top receiver.  He finished third in the voting in 2008.

Justin Blackmon managed to skirt such problems in 2010.  His talent and amazing feats on the field pushed him past OU’s Ryan Broyles to become the Cowboys’ first Biletnikoff winner in 2010.

In January, Blackmon decided not to forgo his senior season and is returning to play one more season in Stillwater.  This gives Weeden a spectacular target to help OSU build on the nation’s No. 3 offense in 2010.  Granted, defenses will likely have special sets just to accommodate Blackmon’s skills, complete with double teams and more.  Weeden will have to distribute the ball more liberally if he is going to have another season passing for more than 4,000 yards.  But there is no question that simply having Blackmon on the field makes a huge difference.

With all that surrounds him to help Weeden succeed in 2011, the biggest factor in the attainment of his goals this season is his own God-given ability.

Weeden has amassed more time on the planet than almost every other college football player – he will turn 28 on Oct. 14.  At 6’4”, he sees much of the field. And he has five years of experience with minor league baseball as a pitcher.  Weeden has settled down personally – he got married in 2009.

But all of that has to be backed up with the skill and poise to get the job done.  Weeden has just that.  His arm strength, combined with the command of the game, allow him to lead him team skillfully down the field.  Weeden passed for 435 yards and three touchdowns in last season’s record-setting 725 total yard performance against Baylor.

Weeden is gaining more and more national attention as well.  He is on the watch list for the Davey O’Brien Award, which is given to the nation’s top quarterback.

Coach Gundy and the Cowboys should have a great season in 2011.  The stars seem to have aligned to allow Brandon Weeden to excel and thrive this season.  But it should be noted that Weeden’s star is bright on its own, too.