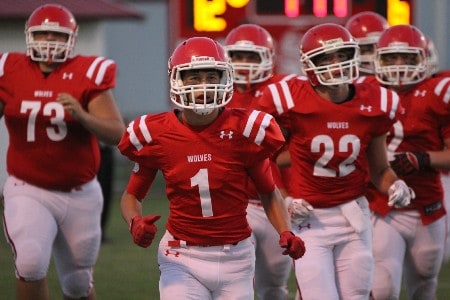 The second half of the Oklahoma high school football season got underway on Friday night.

And the order of the day was to score.

In just the 11-man ranks, there were 29 teams that reached the 50-point plateau. That list includes Inola, who scored 59 points on the night – and still lost by 16. Lincoln Christian won that contest, 75-59.

Six teams in Class 6A recorded at least 50, led by Norman North, who torched Southmoore for 63 points.

But even with all that point production, there were still 16 shutouts in the 11-man games.

Rocking the scoreboard for 50-plus points is a little more commonplace in eight-man football, and 20 more teams hit that mark on Friday night, with two still coming up on the losing end.

And Sharon-Mutual’s performance should be brought up in this post as well, as in its contest with Timberlake, the two combined for 150 points in their Week Six game.

That’s the closest to the century mark in Oklahoma in 2016.