Will We See Ronnell Lewis Play for the Sooners This Year? 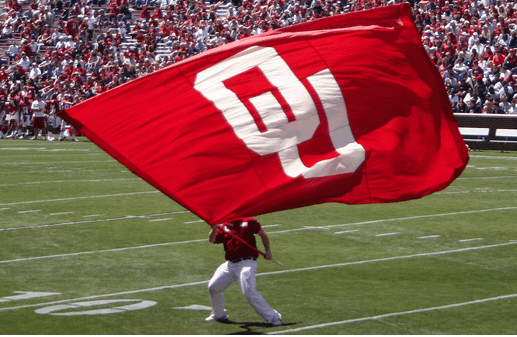 The eligibility of Ronnell Lewis is still in question.  Ronnell was one of the key players at the defensive end position at the end of last year.  He was really starting to come on strong and we’ve seen what kind of terror he can be on special teams.  With the season quickly approaching and Ronnell being noticeably absent from the videos produced on soonersports.com (Oklahoma’s official website) it leaves us to wonder when we will find out if he will be able to play.  With Ronnell being MIA who do the Sooners look to to fill the gap?  David King is the backup and seems to be coming on strong.  He is listed at 6’5″, 273, and could be the starter if Lewis is unable to go.  With a solid backup at defensive end, the bigger loss may be on special teams.  Lewis had single-handedly put to rest the concerns the Sooners had on special teams before he arrived on campus.  He made his biggest splash his freshman year on the kickoff team where he knocked more than one player out of the game and earned the knick name “The Hammer.”

The depth Oklahoma has at linebacker and defensive end may be what pulls them through early in the season.  With the loss of Travis Lewis for eight weeks and the eligibility issues of Ronnell Lewis, the Sooners will have to look for other key contributors.  They will also need to fill a big hole on special teams.  Both of the first two opponents that OU faces this year will have a marquee return man.  Tulsa comes in with Damaris Johnson and FSU will have Greg Reid.  If the Sooners are going to win these two games they need to shut down their opponents return game.  Maybe the Sooners have another “Hammer” waiting in the wings if Ronnell is unable to go.  Could it be another freshman who can create that kind of havoc on special teams that Lewis is known for?  It is all just speculation until we know for sure whether or not Ronnell Lewis will be suiting up for the Sooners this year.  Only time will tell.