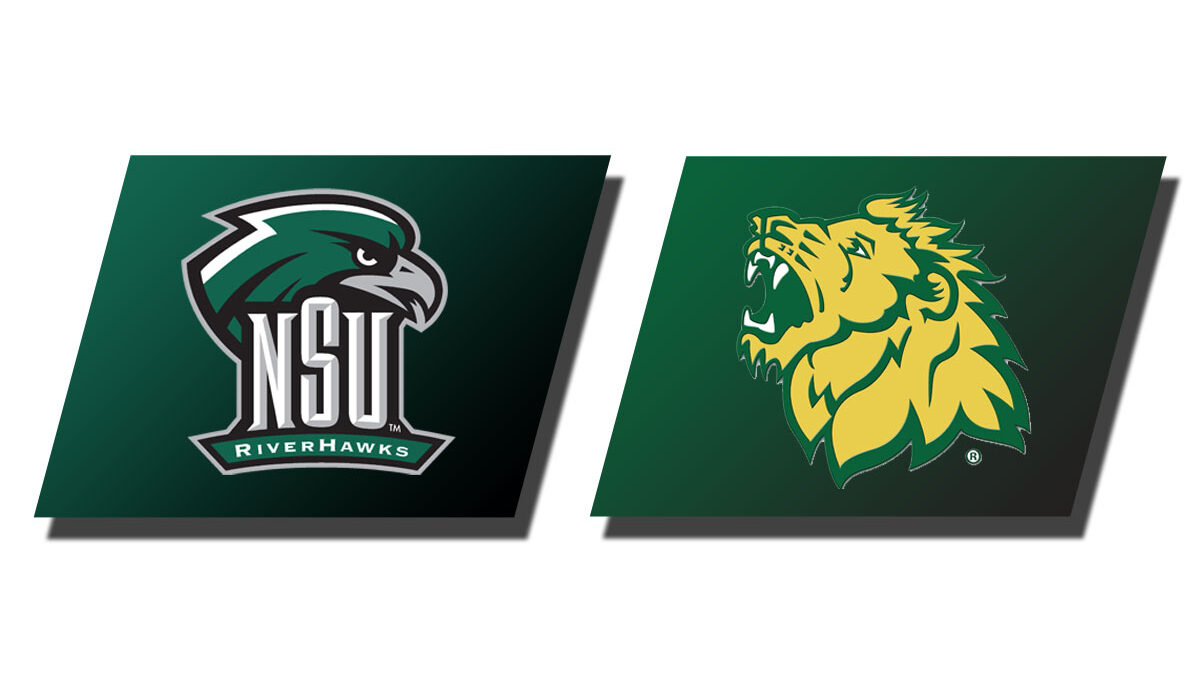 The game wouldn’t go without controversy, with Missouri Southern’s Cam Martin launching a shot at the buzzer that was initially called good. A video review overturned the call to give NSU their first win against a ranked team since 2016.

“It’s great to see that excitement,” Havens said. “You work all fall, you practice, and you finally get to play. You’re asking them to respond and get to see the result that you are putting out there for them is great. That looker room was really fun, and we got to see them enjoy a big-time win. I’m really proud of the fight; it was far from perfect…luckily, we had one more point, and that’s all it takes.”

Williams was one of four in double-figures for NSU, with Kavion Hancock having 16 off the bench, Trey Sampson had 11 points in his debut, with Rashad Perkins matching him on the stat sheet.

Williams shot 10-for-20 from the field and had seven treys.

After a balanced start to the game, the RiverHawks rode the hot hands of Williams, who drilled five three-pointers in the first half and left for the locker room with 24 points shooting 8-for-14. At one point in the half, NSU scored 12 unanswered on the Lions, who shot better as a team, going 57.7-percent on their side of the floor. Northeastern State shot 48.6-percent but landed nine treys. Assisting the RiverHawks was their bench, who out-scored the Lions 19-to-3. Missouri Southern finished the half with five unanswered points, but NSU left the intermission with a 48-41 lead.

The RiverHawks continued to lead until a three-pointer by the Lions with 9:59 left in the second half tied the game at 68-68. Missouri Southern would inch ahead by a possession, but a run of seven straight points by NSU gave them an 80-76 lead left with just over four left in the game. Northeastern State continued to hold onto a slight edge over the Lions until Martin tied the game at 89-89 at the free-throw line with 1:05 left. In the closing seconds, a three-point miss gave the Lions a shot at the lead. Brad Davis would force a big steal at mid-court to set up Williams, who sank the second of his free throws and what would end up being the winning point.

Missouri Southern (3-2, 3-2 MIAA) controlled the glass and out-rebounded the RiverHawks by 17 with 42.  The Lions were led by Martin, who had 26 points.

Thursday’s win is just the sixth for NSU over the Lions in Joplin in 24 ties and the first since 2013.

The RiverHawks (1-1, 1-1 MIAA) will remain on the road and will face Pittsburg State on Saturday at 3:30 p.m. Fans are allowed to attend, but capacity is limited to 25%, and face coverings are required.