U.S. success in Brazil is nothing but positive for soccer in Oklahoma 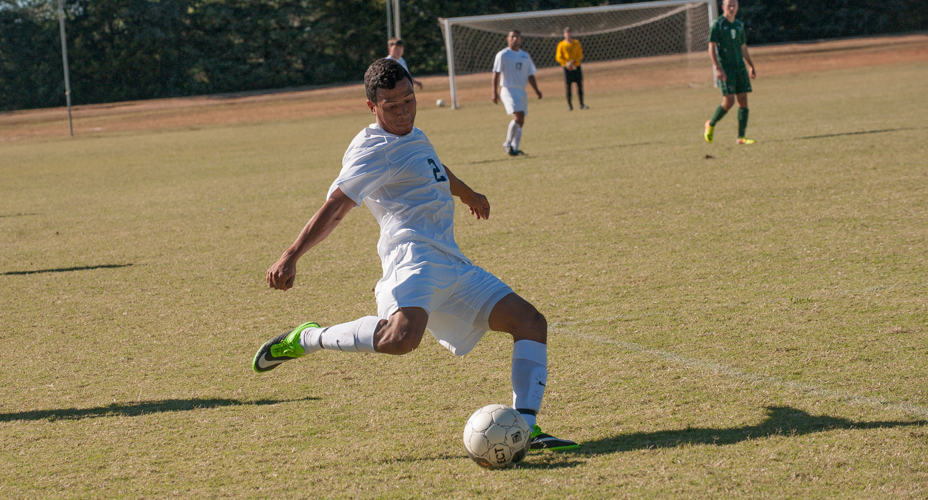 Football is king in the Sooner State.

This isn’t up for debate and never will be.

But during this summer, talk about quarterbacks and linebackers, has at least for a few weeks, given way to talk about strikers and goalkeepers.

In other words, football.  That is, Football – the World’s Game.

With the World Cup in full swing, soccer, umm football, players around the state are watching.

Many are off campus and keeping up with the action.

“There are a few girls that are here taking classes that are trying to keep up with the games between classes,” Persson said.

The SWOSU women’s roster contains two players from England and two from Scotland, but the rest are from Oklahoma and Texas.  The roster at USAO looks a little different.

“Soccer is their No. 1 sport and that’s about all they watch.  We have a few that are living here over the summer and playing in a league that watch it every day and I know our boys that are back home watch it every day as well.  We have players from the U.K., Germany, Spain, Ghana, France – everywhere.  So everybody’s pretty tuned in.

It must feel like that for soccer fans throughout the United States.  The sport is a topic of conversation in both urban and rural settings.

“It’s awesome,” Orsi said.  “It used to be that soccer was on the map every four years because of the World Cup.  Now it seems like there’s more of a following.”

American success in Brazil makes a difference back home

Victories for the USMNT keep American televisions and computers engaged on the sport even that much more.

“A lot of people that don’t really watch the game just tune in for the U.S.,” Orsi said.  “And if the U.S. is playing only three games, that’s a quick three-and-done and they’re done watching.  I think the better the U.S. does, the more people tune in.”

The people have definitely tuned in.  More than 18 million viewers saw the game on ESPN, the most viewed sports presentation on the network outside of the NFL and college football, according to a press release from the network.

And the trickle down benefit for the teams and clubs in the States in real.

Tommy Riley, St. Gregory’s University’s women’s coach and men’s assistant coach, is a native of Liverpool, England, who sees the local effect of the U.S. victories.

“Absolutely there is a benefit,” Riley said.  “It just brings more exposure to the sport.

Victories on a big stage make up for a sport that has doesn’t put points on the board with as much frequency as the recent NBA playoffs.

“But I think since the U.S. is doing so well, and the exposure that’s coming from different media outlets, I think it’s brought more attention to the game and it should.  It’s called the World Cup for a reason because you have the best players in the world playing in there.”

When the home team – home in a person’s heart, not necessarily on the field of play – is doing well, it makes an impact on young viewers.

“Well, I think that especially with the youth kids, one of the issues that we have here in the United States is that we don’t get to see high level soccer on a regular basis,” Persson said.

“We do have the MLS, but the United States is such a big country and those MLS teams are in bigger centers, so we don’t get to watch that.  When we do get a chance to watch (the game), those kids are inspired by the players that are playing the World Cup.  We see a spike in the interest. And I think the kids get to see the things the professional athletes are doing and it inspires them to work harder at their game.”

World Cup impact in Oklahoma will be seen over time

The coaches talked about the fact that winning isn’t necessarily bringing players to their respective schools.  The impact is seen locally in bringing kids to the sport itself.

“I don’t think that it really helps in recruiting, as such,” Riley said.  “But it definitely brings more attention.

“There may be a kid who is 12 years old right now, who is a tremendous athlete and plays three or four sports, who gets into the World Cup and now all of the sudden says, ‘Hey, I want to play on the U.S. National Team when I’m 18 or 20 years old.’  And now it converts a multi-sport player to a specific soccer player now.

“So you know, I think there will be benefits.  Maybe not immediately, but definitely down the road.”

More high schools within the state have soccer as one of the sports sponsored within the athletic department.  In 2013-2014, 127 girls soccer teams and 121 boys soccer teams competed for OSSAA titles.  There are many clubs for soccer in Oklahoma as well.

Orsi and Riley both serve as coaches with the Oklahoma Football Club, a program based in north Oklahoma City that draws players to come from throughout the state to play on the U13 through U19 teams.

The continued success of the USMNT in Brazil will only further and broaden the inroads that soccer has made in the state and Orsi said it could have an effect on the makeup of collegiate soccer rosters.

“With the internationals, soccer is already big to them,” Orsi said.  “They already love it and they’re looking to come over anyway.

“But it helps grow our club system here, which kinda feeds into the colleges.  You know, your college team is going to be better if thousands more kids sign up in the club programs around the country, just by the numbers.

“We’re hoping the U.S. keeps doing well because the best recruiting tool is having the game on TV and growing the game.  I think that’s why certain colleges in other sports have success as well because if you’re on TV and constantly getting exposure there, that’s where the people are going to want to go.”

Possibly the only downside is that one of the things that makes the World Cup special is that this stage isn’t erected every year.

“It’s just a shame it’s every four years.  It’s getting to be pretty big and soccer has grown a ton and I think the World Cup has been a big part of that.

“Hopefully within the next couple of cycles, we’ll get to host again.  I think that will be huge.”

And between now and 2018 when the world comes together specifically for the world’s game in Russia, it will be interesting to see how much the participation gap between football and football, on all levels, has closed.