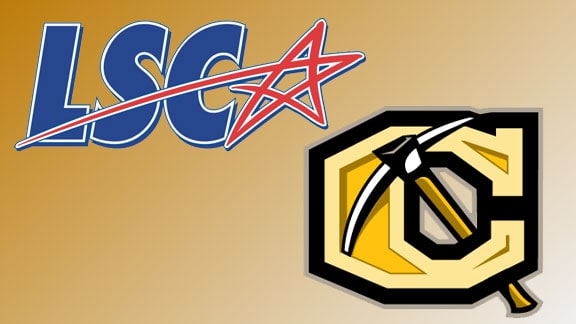 Cameron’s title is their tenth since 1989 and sets a new league mark in men’s golf; the Aggies have also won three championships in the last four years.

The pairing with the Mustangs proved to be a battle but Cameron would get wins from Bradley Ferrell who finished the final round four-strokes up and Zander Winston finished three strokes up for two points.  However, MSU would best Cullen Stahl by two strokes and Dylan McClure looked to have the title locked up for CU but he shot a three-over in the final three holes to fall by one to the Mustangs.

Corey Bounds would tie with a 76 carded in round three to force a playoff with MSU.

In sudden death, Cameron only needed one hole to win the title over the Mustangs to clinch their tenth league title with McClure’s birdie giving CU the edge.

The wait for the a champion proved to be a process for the teams in the field with a five hour delay due to thunderstorms forcing play to start at near 2 p.m.

“It was a long day; we were rocking along pretty good until holes 15 and 16 hurt us and forced that playoff,” said head coach Jerry Hrnciar.  “The team handled the playoff really well and serves us really well for regional’s coming up. The great thing is that it prepares the group and you can’t duplicate that scenario anytime else.”

“This championship is special for program because it passed moved us past Abilene Christian who has since left the league.  It will be going tough for another program to pass the record we set today.”