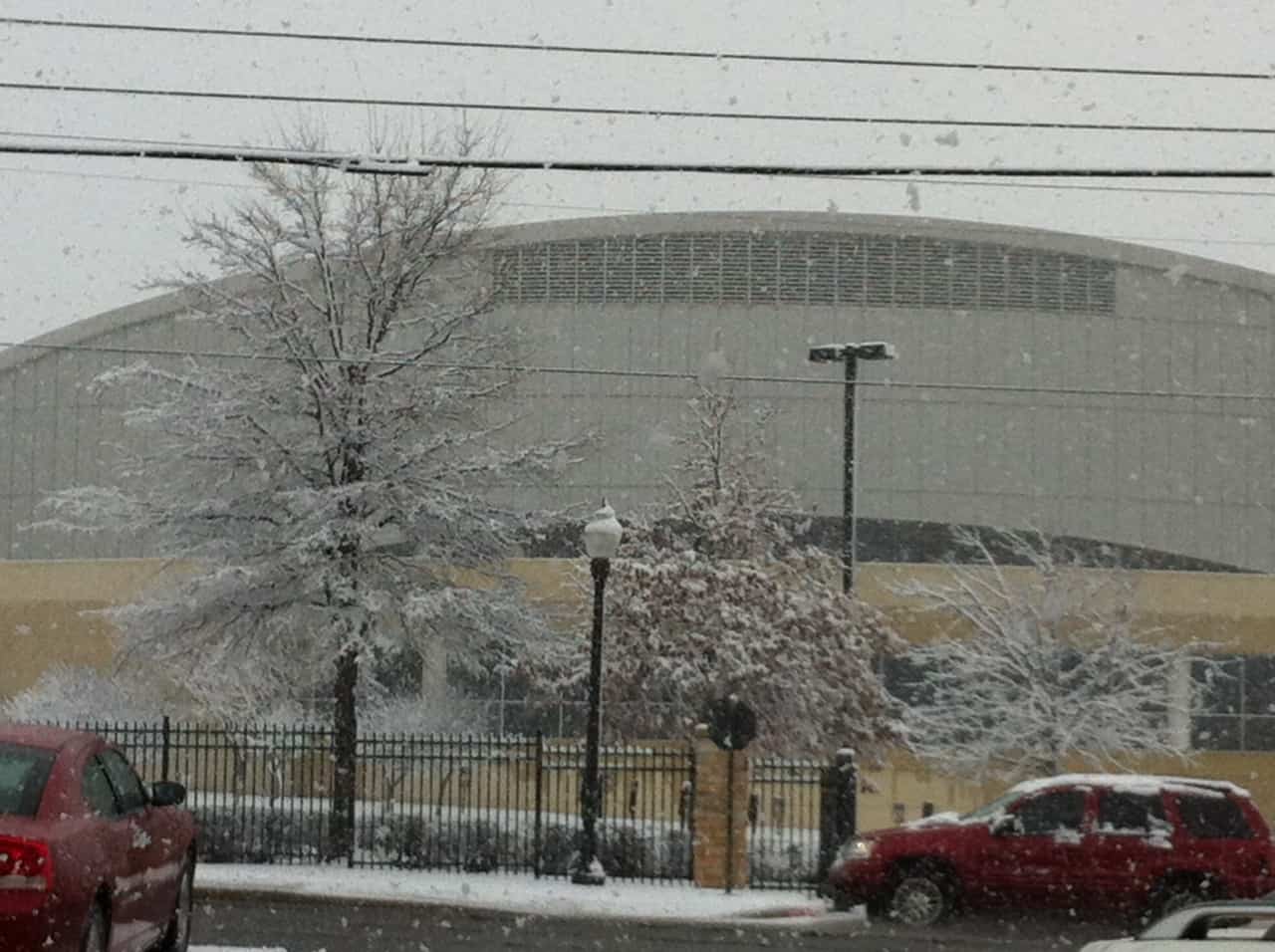 Snowy February morning at the Reynolds Center in Tulsa. Home of the Golden Hurricane. Photo by Matthew McWilliams.

We will update this post as the day goes on.

Oklahoma City’s game at East Central today has been canceled due to impending weather. – OCU Twitter

Today’s game is postponed due to the weather.  The home opener is now set for Friday, Feb. 22. – OKWU Twitter

Alva – Due to school closure Wednesday and possible bad weather continuing into Thursday, Northwestern Oklahoma State’s basketball games against Ouachita Baptist (Ark.) University have been moved to Friday.  The women’s game is scheduled for 4 p.m. and the men will tip-off at 6 p.m.

In addition, Saturday’s game times have been changed against Henderson State (Ark.) University.  The women tip-off at 4 p.m. and the men to follow at 6 p.m. – NWOSU Sports Information

Due to Wednesday’s heavy snowfall and the threat of additional winter weather, Northwestern Oklahoma State has agreed to move its weekend baseball series with Southern Arkansas from Alva to Magnolia, Ark.

The two teams will now a play a doubleheader beginning at 2 p.m. CST on Saturday. Game one is slated for a full nine innings. Game two will be a seven-inning contest.

The series will conclude on Sunday with a single nine-inning game beginning at Noon.

The next home action for Northwestern (7-4, 0-3 GAC) will take place on March 2, a 1 p.m. doubleheader against Mid-America Christian. – NWOSU Sports Information