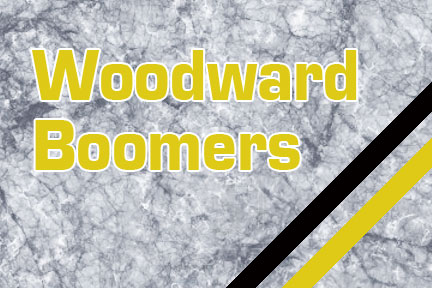 The winning streak finally came to end for Woodward in the first game of the Perry Fastpitch Classic on Thursday, but the girls were able to get right back in the win column the next game.

Woodward (10-1) has opened the 2015 on a roll and not even midway through the season is looking like a team that could make a deep playoff run.

WHS coach Robert MacArthur said his team has gotten off to a good start and that he knows part of the reason for that.

“We have strong leadership from five seniors and four are returning starters,” MacArthur said. “They’ve really taken the leadership role and taken on what we need to do as a team and everybody seems to be following them.”

After starting the season with nine straight wins, the Boomers streak was halted by Glenpool when the Warriors got two runs in the sixth inning to take a 3-2 lead GHS would hold.

But in the second game, Woodward came back with a vengeance and defeated Newkirk, 13-4.

The story of the season for the Boomers so far seems to be that they can play tough in any situation. And MacArthur said strength on the mound is where it has started.

“We have two junior pitchers that have just been throwing absolutely lights out,” Mac Arthur said. “And we’re hitting the ball.

“And if you get good pitching and get good hitting and can score a lot of runs, you can go out and play off that and just play defense.”

Those two juniors are Leah Applebee, who is now 5-1 on the year and Sierra Whipple, who is 4-0.

Whipple went the distance in an 11-inning thriller on Tuesday against Cache. Senior Devre Newby provided the winning run in the bottom of the 11th when she bunted to get on, but was able to round the bases off on overthrown ball and give the Boomers the 7-6 win.

The victory over Cache followed another one-run classic, as Woodward was able to hold off Elk City, 1-0.

“They (Elk City) probably have one of the top pitchers in the state,” MacArthur said. “And Leah went to battling with her and it was just one of those games.

“In the top of the sixth, we got a single when our senior third baseman Kameron Pope popped one over the right fielder’s head and we got another senior Devre to come around and score a run and we were able to hold them off from there.

“We just got one more timely hit than they did. They’re a great team. They’re a top five team without a doubt.”

MacArthur talked about what it would take to continue to solid play.

“We’ve just got to keep worrying about ourselves. Our girls understand it doesn’t matter about what it says on the chest of the other team, we just want to make sure we take care of our business.

“If we take care of our business, we throw strikes, we play good defense, we going to be able to do well. If we go out and play one game at a time, we’ll be able to do it.”

Woodward continues play in the Perry Classic on Friday with games against Frontier and Edmond Memorial. The tournament will conclude on Saturday.