Cambage to rehab ankle, out for the remainder of the season 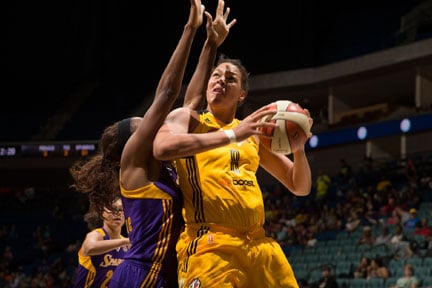 Elizabeth Cambage is headed back to Australia to rehab a sprained left ankle and will miss the remainder of the season for the Tulsa Shock.

The 6-foot-8 center’s status was day-to-day, but her progress was not coming along as expected.  She leaves Wednesday to begin the rehabilitation in her home country.

Cambage went down in the second half of Tulsa’s double-overtime loss at Los Angeles on Aug. 25.

Cambage was named WNBA Western Conference Player of the Week twice this season.