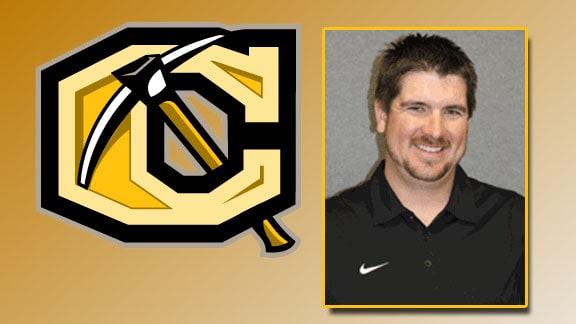 “I’m grateful to Mr. Jackson and Dr. McArthur for the opportunity to be here,” said Cobble. “I look forward to working with the teams and athletic department as well as the Cameron faculty and staff.”

Cobble led the Tigers men’s and women’s tennis teams to region titles in 2011 and 2012. In 2013, the men’s team made it three straight region titles, while the women’s team placed second in the region; the Cowley men went on to finish 10th nationally, while the women placed 11th at the national tournament. In 2014, both of his teams won region VI titles and each finished in fourth at nationals.  He stepped down from coaching in 2015, and took over the role of Executive Director of Enrollment Management at Cowley.

Some personal and team achievements of Cobble include being named the Wilson/ITA Men’s National Tennis Coach of the Year in 2012 and the Wilson/ITA Women’s National Tennis Coach of the Year in 2011, his teams have included 22 All-Americans, four national finalists, 14 national semi-finalists, 34 Region VI champions, and one national champion, coaching four NJCAA Academic All-Americans, 21 ITA Scholar-Athletes, 14 top-10 ranked singles players, and nine top-10 ranked doubles teams, Cobble’s teams had a career team GPA of 3.14, and he won the Cowley College Young Achieve Award in 2012.

Prior to coaching at Cowley, Cobble helped coach the Duncan High School boys’ tennis team to a state title and the girls to a state runner-up finish in 2007.
Cobble spent two seasons playing for the Tigers, where he advanced to the finals of the national tournament as a freshman, and reached the semifinals in doubles as a sophomore. He then went on to play for James Helvey at Cameron for two seasons.

“I’m excited and grateful for the opportunity to be the tennis coach at Cameron. As a coach, coming in to two programs that have had the success like these teams have had and the talent on these teams is very exciting. Personally, coming back to my alma mater and to an area that is home to me is additionally gratifying. I couldn’t be more excited.”

“Coach Helvey has set a very high bar. His teams have excelled on the court, in the classroom, and in the community. I look forward to continuing his success and working to take the program to the next level. ”

Although Coach Cobble’s first official day is not till Feb. 20, the Aggie men are set to start their spring against Tyler College on Feb. 2, where they will be under the direction of Athletic Director Jim Jackson. The women’s tennis team opens up the spring season on Feb. 21 against Oklahoma Baptist.