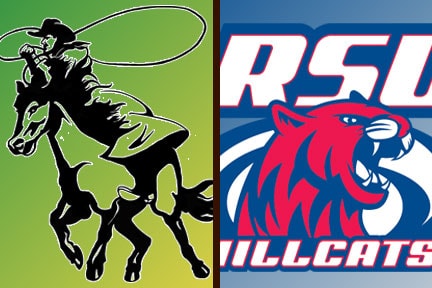 CHICKASHA, Okla. – Despite a late comeback to push the contest into overtime, the Rogers State women’s soccer team fell short 3-2 to the University of Science and Arts of Oklahoma on Tuesday afternoon.

With 22 seconds to play in the match, freshman Taylor Hallford fired a corner kick into the box where junior Mikella Schexnider headed it past the keeper to tie the game and force overtime. It was the Sand Springs, Okla. native’s first goal on the season.

RSU’s comeback was cut short as the Drovers registered the game winner in the 98th minute. Taylor Fain found the back of the net off a cross from Linda Addo to end the match.

It was the Hillcats third overtime game of the season, however it was their first extra time loss on the year.

Hallford gave the Cats a 1-0 advantage in the 26th minute as Jordan Beasley dribbled towards the goal, drawing the keeper off her line, and then passed the ball to RSU’s leading goal scorer who fired it into the net. The goal was Hallford’s eighth on the year.

USAO earned the equalizer in the 65th minute and registered the go-ahead goal with three minutes to play in regulation.

The Drovers took 20 shots in the game with 13 on frame as RSU keeper Jordan Harris grabbed 10 saves in the loss. USAO goalkeeper Brooke Worcester made two saves and allowed two goals while earning the win in the net.

Rogers State (8-2, 0-2) will look to return to the win column on Friday as the Cats host Mid-America Christian at 6 p.m. The game will be broadcast live on the Hillcat Network atwww.rsuhillcats.com/live.

CHICKASHA, Okla. – The Rogers State men’s soccer team registered a 4-0 loss to No. 5 University of Science and Arts of Oklahoma in Sooner Athletic Conference play in Chickasha, Okla. on Tuesday afternoon.

Four different players found the back of the net for USAO in the win as the Drover moved to 8-0-2 on the season with a 2-0 SAC record. They posted a pair of goals in each half with the first goal coming in the 18th minute of play as Luka Rasovic assisted Nicolas Alberto.

Jean Gnapi made it a 2-0 game just 10 minutes later and Rasovic registered his second assist of the afternoon.

In the second half, RSU held the Drovers scoreless until the 81st minute when Stephan Owusu put the ball in the back of the net. Rasovic sealed the game with a goal in the 87th minute.

The Hillcats fired three shots on goal in the game but USAO goalkeeper Bryan Byars kept RSU scoreless and earned the shutout victory.

USAO blasted 28 shots, putting eight of them on frame as Nathan Inger took the loss in goal, making four saves.

Rogers State (5-6, 0-2) will look to bounce back on Friday night as the Hillcats host SAC opponent Mid-America Christian at 8 p.m. The game will be broadcasted live on the Hillcat Network atwww.rsuhillcats.com/live.