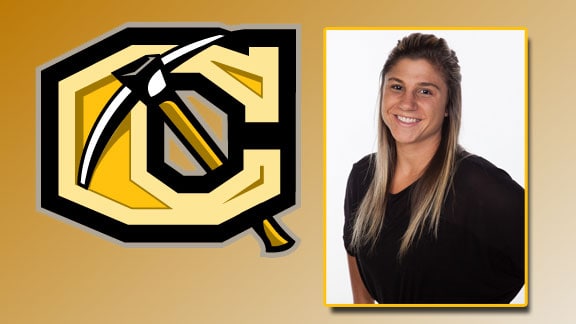 Andrews takes over for Tom Webb, who stepped down after eight years to become the head women’s basketball coach for his alma mater, Southwest Minnesota State.

“I would like to thank President John McArthur, Director of Athletics Jim Jackson, and Associate Athletic Director Kim Vinson for the opportunity to lead this program,” said Andrews.  “I’d also want to thank Coach (Tom) Webb who brought me here to Cameron two years ago, he mentored me, he allowed me to grow and that growth has gotten me to this point.”

Andrews was the top-assistant for the Aggies during the last two seasons with an overall record of 30-23 and was instrumental in CU’s first NCAA National Tournament appearance since the 2001-02 season.  Additionally, she coached a Lone Star Conference Newcomer of the Year, a WBCA All-American, and four All-LSC student-athletes.

Prior to Cameron, Andrews worked on the Fresno State bench from 2012-14 where they would capture back-to-back Mountain West Tournament Titles. She also played 86 games for the Bulldogs from 2007-11 under former Aggie women’s basketball coach and Lawton native, Adrian Wiggins.

While at Fresno State, she would help the Bulldogs to a .730 winning percentage overall.