Finlay spurs strong in Round Three at CNFR 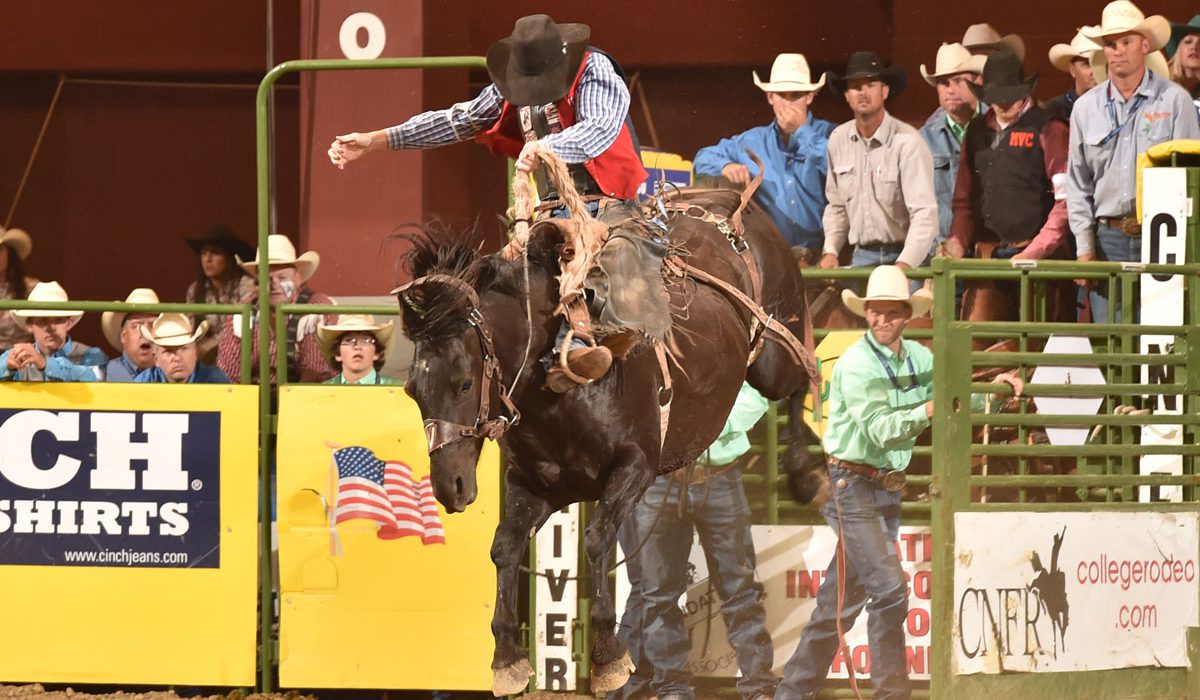 Jake Finlay spurred his way to a 78 point ride on Tuesday night to land himself currently in first place in round three at the CNFR. —Photo Courtesy Dan Hubbell

CASPER, Wyo. — The Oklahoma Panhandle State University Rodeo team wrapped up Rounds One and Two at the College National Finals Rodeo (CNFR) on Monday and Tuesday. Round Three kicked-off on Tuesday evening.

Finishing out Go Number One, Ben and Nate Johnsrud were 12.0 in the team roping. The ladies in the barrel race were just out of the points. Randi Buchanan was 15.34 and Melanie Roman was 14.89.

Round Three will continue through Friday night.