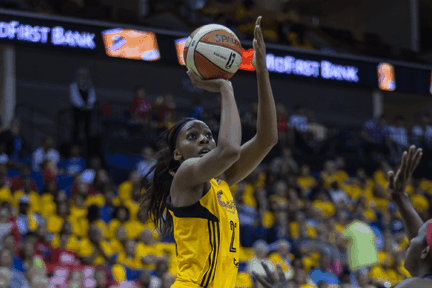 Glory Johnson earned Player of the Week honors this week for the WNBA’s Western Conference.

This marked the first time a Shock player has received that honor since the franchise moved to Tulsa in 2010.

Johnson capped the week with a game-high 24 points and eight rebounds in an 88-79 loss at conference-leading Minnesota on June 23. Johnson has scored in double figures in each of the Shock’s 11 games this season.

It is the first Player of the Week honor for Johnson in her young career.