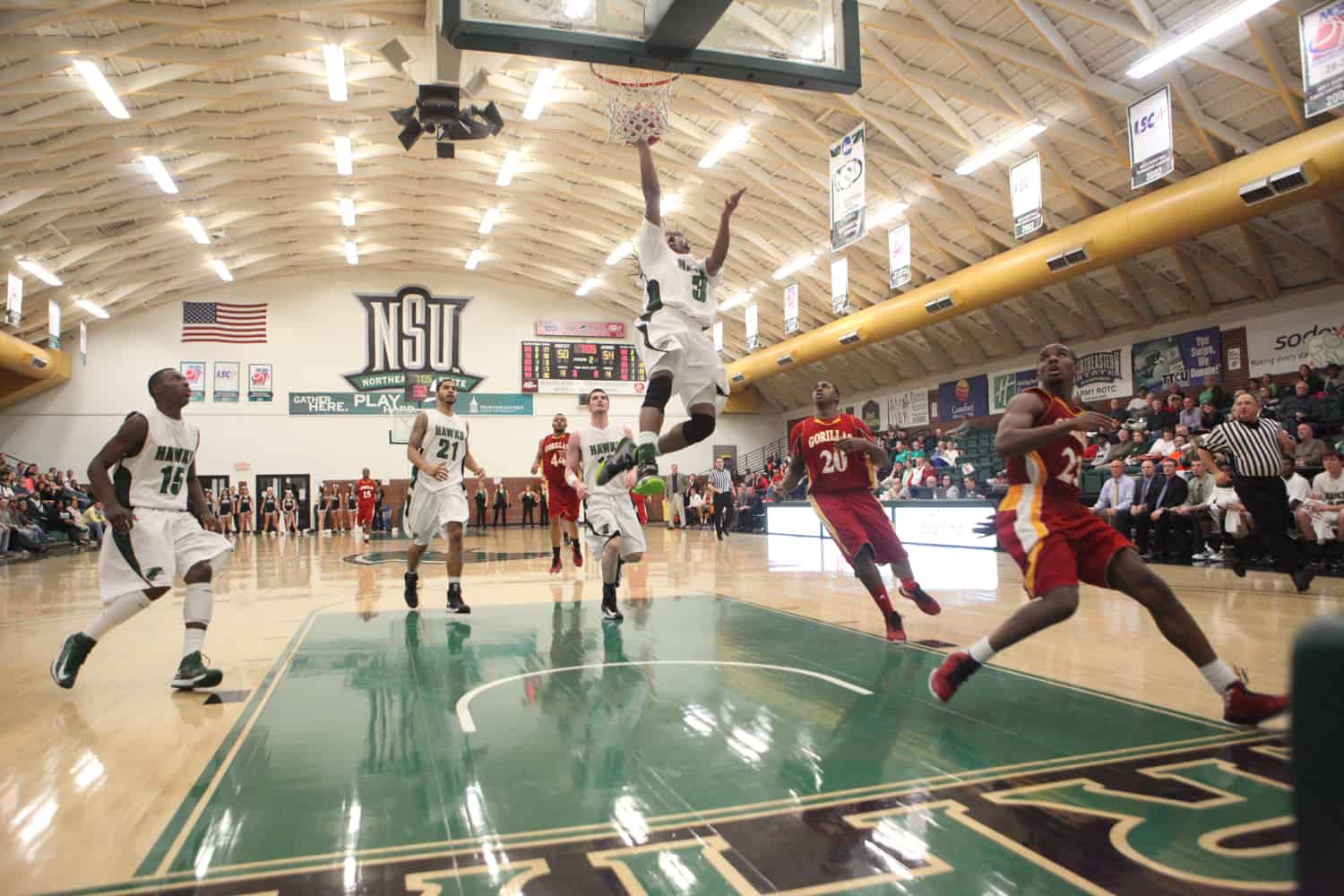 NSU was led by junior guard Bryton Hobbs, who scored 23 points and tied his career high with four steals in 38 minutes. He also hit the game-winning jumper with 6.6 seconds remaining in the contest.

Northeastern State was the first team to take a sizeable lead, as the green and white led 21-14 at the 9:37 mark of the opening half. Pittsburg State quickly tied the game at 23-23, but NSU finished the first half on an 11-1 run to take a 34-26 advantage into the break.

The RiverHawks led by as many as 12 points in the second half, and they looked to be in total control with a 52-41 lead at 13:13. The Gorillas had other plans, however, and they began to chip away.

They came all the way back to take a 62-60 lead, but a layup from sophomore forward Landon DeMasters with 56 seconds remaining and Hobbs’ running layup with 6.6 seconds left allowed the home team to avoid the loss.

PSU’s Courtney Ingram was able to get a clean look at a game-winning three from the corner at the buzzer, but his shot went long and NSU captured the victory.

Northeastern State will now head out on the road for a three-game set away from Jack Dobbins Field House. The first game will be at 3:30 p.m. Jan. 26 against Missouri Southern State.