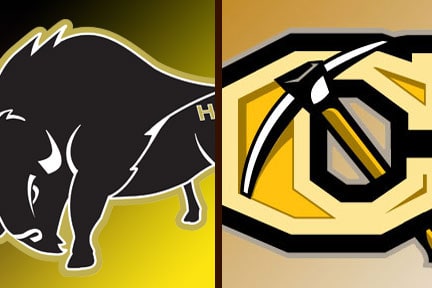 LAWTON – Cameron picked up a dramatic come from behind win over Harding, 66-65, thanks to a Caitlin Clancy three pointer with two seconds left on the clock.  Friday afternoon’s contest opened the season for both teams with a robust crowd of over 400 elementary children in attendance.

Both teams were coming off of NCAA Regional appearances last season with Harding (0-1) picked second in the Great American Conference, the Aggies were voted to place fourth in the Lone Star Conference.

“The young ladies that were in there, some were new, and some were returners did a great job getting defensive stops,” said head coach Tom Webb.  “They played together toward the end, but I think the key for us was making those defensive stops.

“It’s a good start for us, but that’s all it is. We still need to keep working and building.”

Cameron led for just over four minutes, which was mostly in the first quarter of the contest, and controlled the final 10 minutes outscoring Harding 23-16.  The Aggies were outshot by the Lady Bison from the field 38.6% to 36.7% and outrebounded by two with 38.

The offensive spread for the Aggies was split between nine individuals with Brittany Hill coming up with 12 and both Charron Montgomery and Clancy having 11.  DJ Vallier and Briana Underwood paced CU in boards with five each.

Harding’s Sydney Layrock came up with a double-double hitting a game high 28 points and 11 rebounds.  Correy Moyer had 15 and A’Ndrea Haney hit double-figures with 11 points.

Team turnovers were even at 15 each.

Cameron trailed as many as 11 points to Harding in the fourth quarter but closed the gap to three points with 5:26 left after a three-pointer from Dayla Threatt.  Two minutes later, HU made it a two possession 60-55 contest after a pair of free throws, but a Cristina Soriano bucket while being fouled put the Aggies back within a pair (60-58) with two minutes left.  A pair of free throws gave the Lady Bison some room with a minute to go to lead 62-58, but Briana Underwood hit her only bucket of the night from downtown to get CU back within one.

Following a timeout by both teams the Aggies fouled to put Harding up at the line with ten seconds left.  The late game strategy worked for the Aggies with HU hitting only one of the two shots to put the score at 65-63.  Harding would call timeout, but the Aggies would go the length of the court with Clancy hitting a trey in front of the CU bench for the win.

CU’s bench would account for 38 points in the afternoon contest with Harding only coming up with six.

Cameron (1-0) will turn around and face East Central in the Aggie Gym on Saturday at 6 p.m.

“We have to come back with the same energy that we ended today with,” added Webb.  “Tonight we’ll watch some film, recover, rest and get ready for tomorrow.”