Martinez places second in Round Two 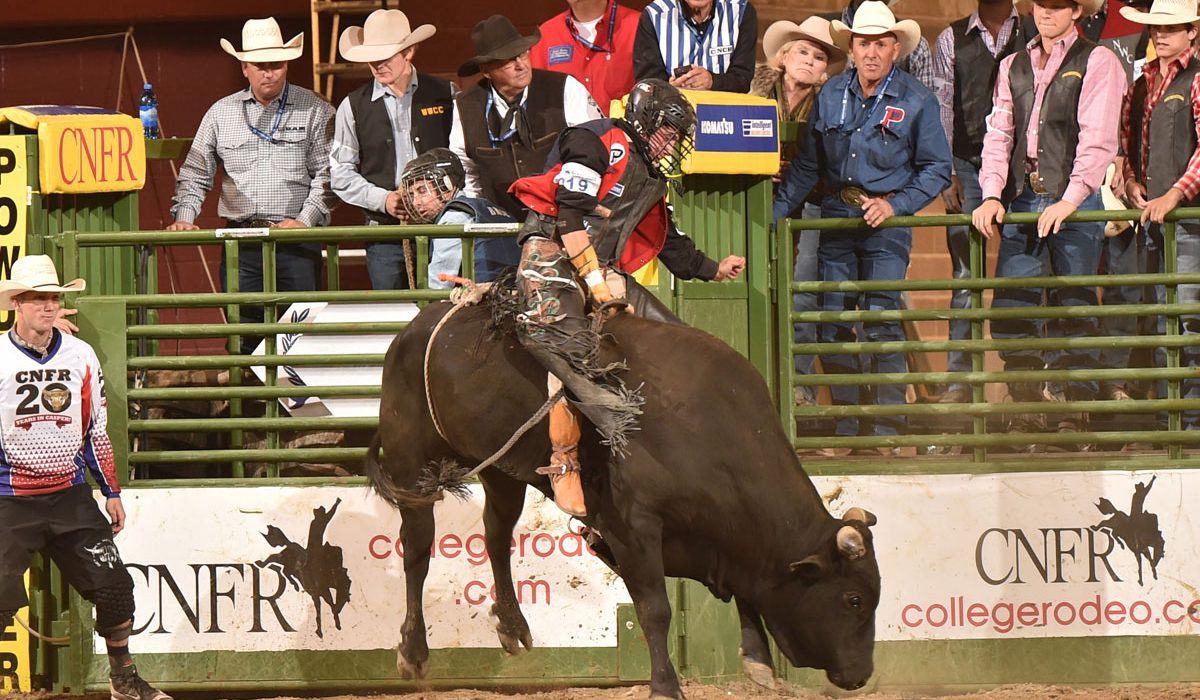 Dustin Martinez, a first-time CNFR qualifier, brought the heat in the bull riding earning 77.5 points for a second place finish in round two. —Photo by Dan Hubbell

CASPER, Wyo. — Consistency is key for the Oklahoma Panhandle State University Rodeo team throughout the college rodeo season and the College National Finals Rodeo (CNFR) is certainly no exception. With two rounds of action complete and the third round underway, the red and blue vests of Panhandle State are looking to maintain the strong start they have going in Casper, Wyo.

Local standout Dustin Martinez, a first-time CNFR qualifier, brought the heat in the bull riding earning 77.5 points for a second place finish in round two. Unfortunately, Callum Miller recorded a no score in the same event.

Teammates Dawson Dahm and Jake Finlay have been the picture of consistency and continue to lead the Aggies quest for another national championship. The duo made their way to the top of the charts again finishing fourth and fifth with 74 and 73.5 point rides in the second round of the saddle bronc riding.

Rounding out the men’s team, Luke Meier and team roping partner Sloan Smith stopped the clocked in 7.4 but were plagued with a broken barrier making their official time a 17.4.

On the women’s side, the junior transfer from Spring Hill, Kan. Caitlyn Wiswell came out firing in hunt of a round win in the breakaway. She too broke the barrier making a time that would have placed second in the round a 12.1 with the penalty.

Fellow teammate and Wyoming native Kaylee Smith seems right at home in the Casper Events Center. Smith stopped the clock in 8.4 seconds in round two to maintain the solid start she had in round one in the goat tying.

The third round saw its first performance Tuesday night. Dahm scored 67 points in the saddle bronc riding. Now the wait begins to see how things play out in the next three nights of performances before the short round qualifiers are determined. Three other Aggies performed Tuesday night and the round proved troublesome for the trio. Both Riggins and Miller recorded no scores and Meier missed.

Nightly performances will continue through Friday, June 15th with the short go set for Saturday night and will be broadcast live starting tonight on ESPN3 and on the WatchESPN app. For the latest updates follow Oklahoma Panhandle State University Rodeo on facebook.