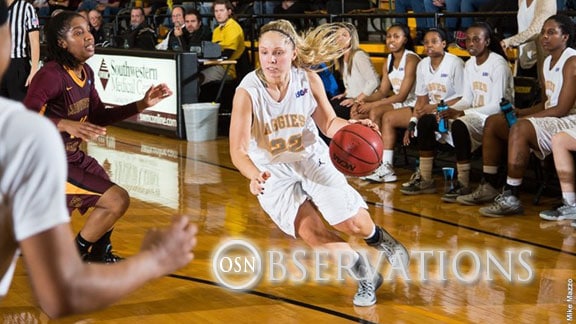 • Almost every game – baseball, softball, soccer – is canceled or postponed today due to the weather. Enjoy the time inside and stay warm.

• Congratulations to the Cameron women’s basketball team, who set a new mark for conference wins. The Aggies defeated Angelo State, 79-54, on Saturday to move to 15-9 overall and 12-3 in the Lone Star Conference. The 12 LSC wins is the most in CU history, topping the 11 wins earned in 2011-2012. Cameron started the season 1-6 and has gone 14-3 since and are also ranked sixth in the regional rankings for the playoffs.

• “Two to win one”
Teams in the winners bracket of the area level of high school basketball playoffs will play on Friday for an opportunity to move on to the state tournament. This week, it’s Class A and Class B in Area with eight girls’ teams and eight boys’ teams in each class that are one win away from a trip to state.
But at this stage of the playoffs, it’s still double elimination. So if a team loses on Friday, there’s still one more chance on Saturday. In essence, teams that win their regional tournaments, get to the next round and have two opportunities to win just one game and move on. (And the state round is single elimination.)
Although it’s in the back of the minds of the coaches of these teams – and the front of the minds of the fans – it’s unlikely any team takes this approach.
Win now! Get it done and move on. Losing on Friday night means playing a team on Saturday that won its consolation bracket game on Friday, and thus playing a team with momentum.