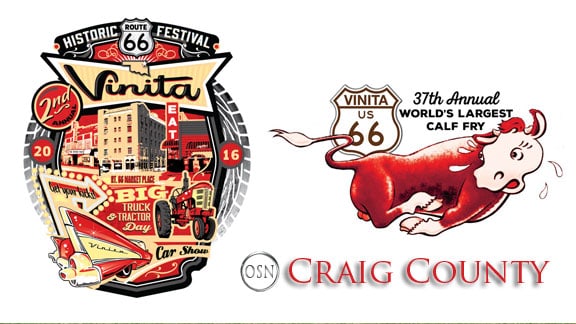 County seat: Vinita
Population: 15,000
High schools (4): Bluejacket Chieftains, Ketchum Warriors, Vinita Hornets, Welch Wildcats
Universities: None
State championships (11): Vinita has seven titles with the first one for the county coming in 1968 in boys track and the most recent one for the county with the girls track title in 2015. Ketchum has two – baseball and boys basketball – and Welch has two also – football and fall baseball.

• Jeff Bennett: Vinita High School;  NAIA champion in the 400-meter intermediate hurdles in 1968, Runner-up in the pole vault in 1970, Won the NAIA championship in the decathlon in 1969 an 1970, Four-time NAIA All-American and still holds Oklahoma Christian records in the 400 hurdles (51.44 seconds) and the decathlon (8,071 points); As a member of the 1972 U.S. Olympic team, placing fourth in the decathlon with 7,974 points (missing a medal by just 10 points) in Munich; Inducted into the NAIA Hall of Fame in 1976 and was a charter honoree of the OC Athletic Hall of Fame in 1991.

• The Welch football team scored 171 in four games to take the 1987 Class B state championship. Stacey Satterwhite was a key player on that team, who went on to play at Oklahoma State.

How do you get to Craig County?  It is in upper portion of the state in the northeast quadrant on the Kansas border and you can get there and to any county in Oklahoma in a vehicle from the Stuteville Automotive Group, with locations in Atoka, Durant and Tahlequah.