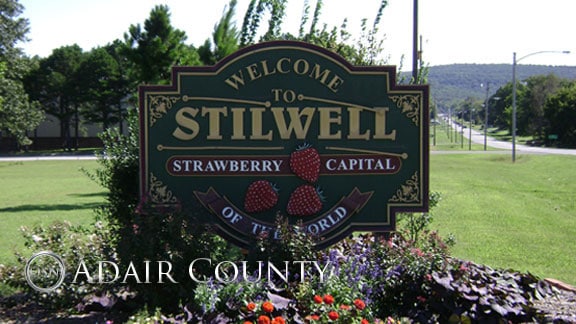 County by County pres. by Stuteville

County seat: Stilwell
Population: 16,000
High schools (4): Cave Springs Hornets, Stilwell Indians, Watts Engineers, Westville Yellowjackets
Universities: None
Recent state championships: The most recent title is the 2004 cheerleading championship won by Westville.  Stilwell has the only others with baseball titles in 1985, 1987 and 1990 and girls basketball titles in 1978 and 1979.  Cave Springs was the state runner-up in Class B football in 1987. 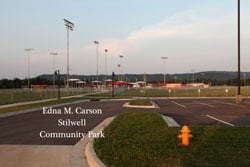 • 1987 Class 3A State Baseball Tournament
Stilwell trailed Blanchard, 14-1, in the semifinal, but came back to win, 15-14.  The Indians then beat Sperry, 8-0, for the second of three state championships in a six-year stretch.

In the past four years, Stilwell has constructed a new 66-acre park and sports complex that boasts 10 baseball, softball and little league fields, three regulation size soccer fields which can be further divided into 14 smaller fields for play of all ages.  The park also has a one-mile non-motorized recreational trail for walking, biking, etc.  In 2014, construction began on a 9,375 square foot indoor facility that will house boys and girls locker rooms and restrooms with a large area for indoor workouts and practices.  With the completion of the indoor facility, the park will be home to the Stilwell Indians baseball, softball and boys and girls soccer programs.

How do you get to Adair County?  It’s in the northeast quadrant of Oklahoma on the Arkansas border and you can get to any county in Oklahoma in a vehicle from the Stuteville Automotive Group, with locations in Atoka, Durant and Tahlequah.