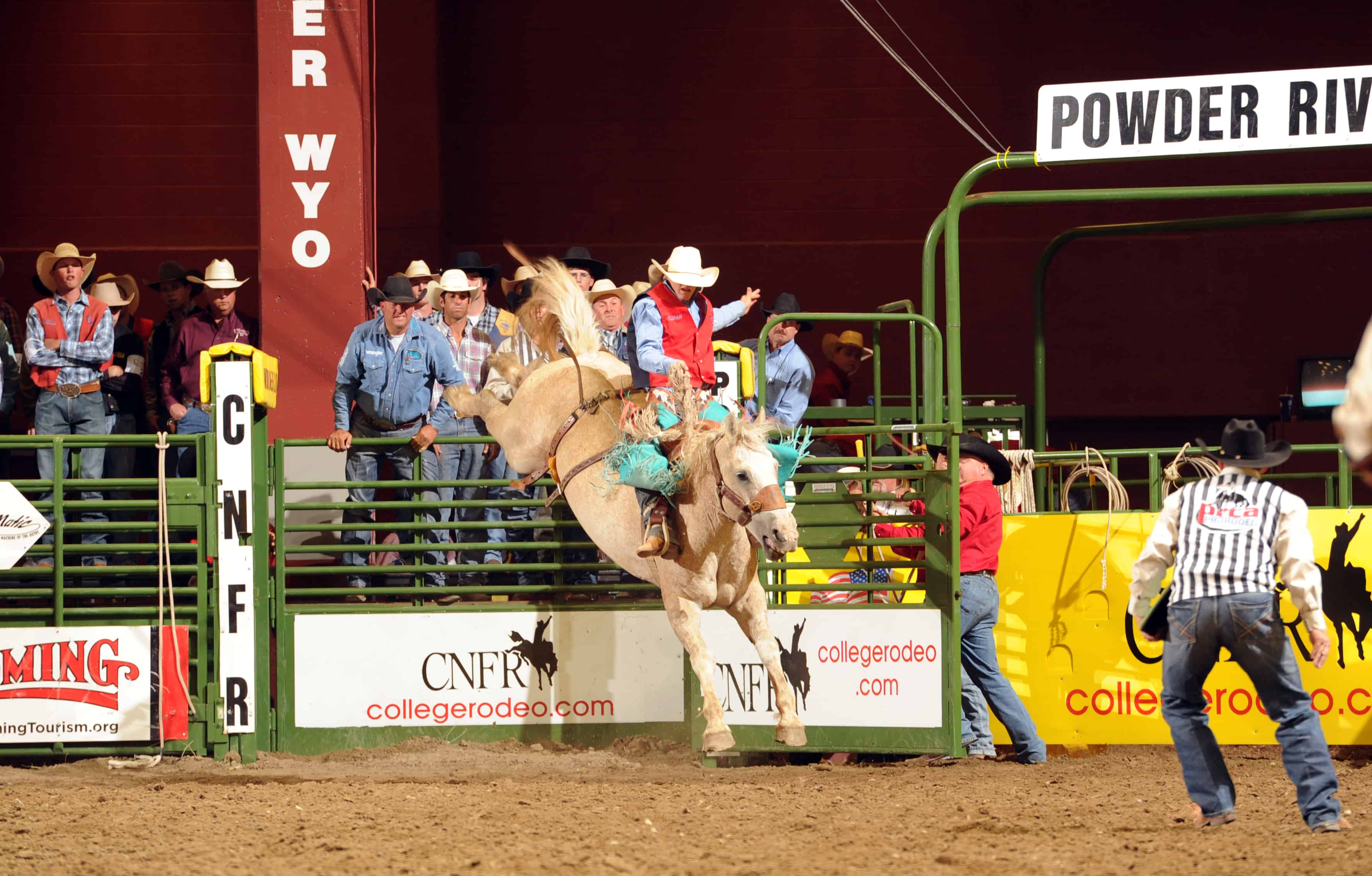 With solid rides earlier in the week, Nat Stratton has secured a spot in the short go in the saddle bronc riding at the College National Finals Rodeo. –Dan Hubbell Photography

Casper, Wyo. – The numerous all-around saddles and buckles give evidence to Joe Frost’s ability to win at both ends of the arena; however with a name like ‘Frost’ it is no surprise he excels in the bull riding. During Thursday night’s performance of the College National Finals Rodeo, Frost became the first man to cover all three bulls, and he did it in commanding fashion.

The Oklahoma Panhandle State University cowboy scored 83.5 points in the third round bringing his combined total to 223.5 for the week. He currently leads the average by 48.5 points over Odessa College’s Ty Wallace. Aside from leading the aggregate, Frost is also situated in third place for the round.

Two OPSU cowboys have secured their spot in the short go in the saddle bronc riding. After his 65-point ride Thursday night, Joe Harper moved to fifth in the average. Nat Stratton is just a few points behind in eighth place overall. Shade Etbauer is clenching onto points in the third round as he holds steady in sixth place.

With three cowboys secure into the Saturday night’s championship round, the overall team standings are looking bright for OPSU. Still, nothing is final until the last bull is bucked in Casper.