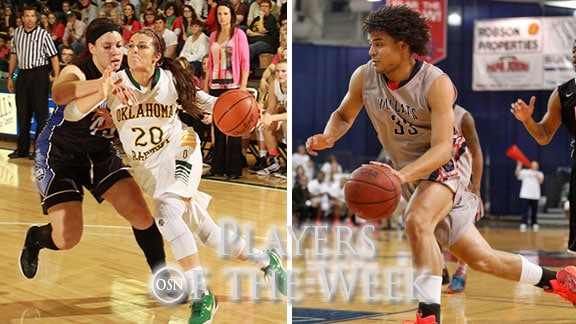 This week’s Players of the Week are McKenzie Cooper from OBU and Frederico Santos from RSU.

The Lady Bison got two much needed wins, including a huge victory over No. 2 Oklahoma City, in which Cooper had 23 points and shot 5-for-11 from behind the arc. The freshman also had four rebounds and three assists in the win, a momentum builder toward March.

Santos had two more solid games double-doubles in both, leading the Hillcats to a big finish this season. He had 16 points and 11 rebounds in a win over OPSU and set the school rebounding mark in the process. Santos also scored 19 while bringing in 16 boards in a win over Lubbock Christian that kept RSU at the top of the Heartland Conference standings.