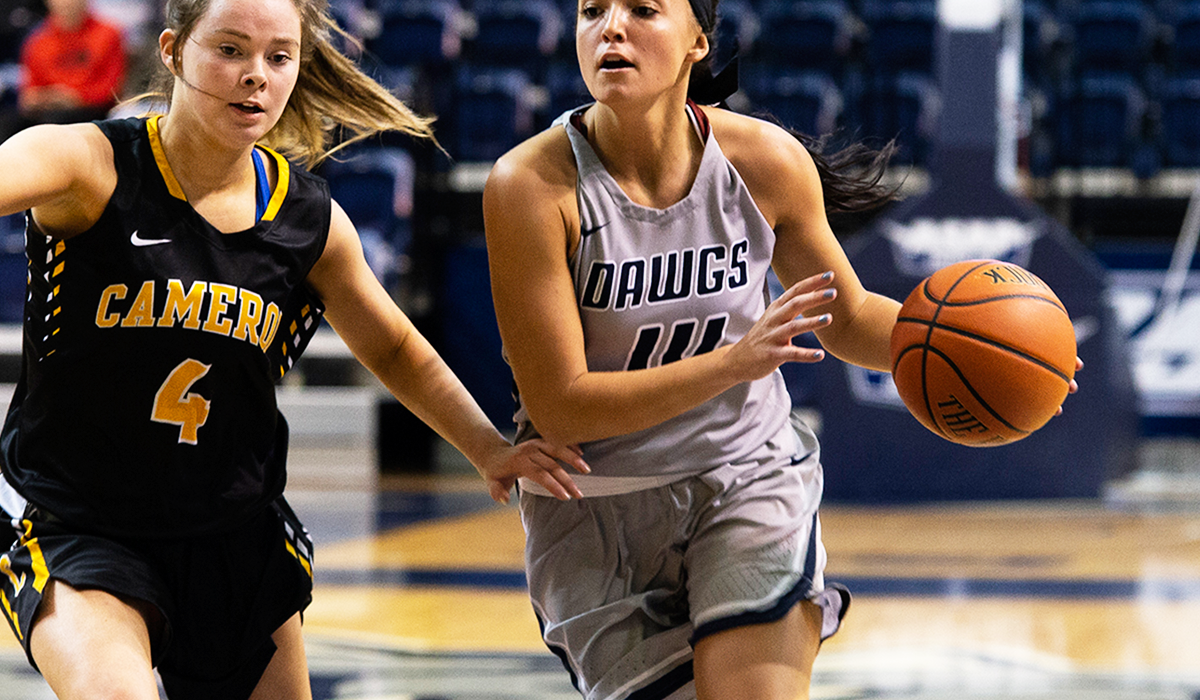 WEATHERFORD – Behind a double-double of 28 points and 11 rebounds from senior Hailey Tucker, the SWOSU Women’s Basketball team put away Cameron for a 98-79 victory on Wednesday afternoon at the Pioneer Cellular Event Center.

Tucker was one of four players to reach double figures in scoring for the Bulldogs, joined by Tyra Aska and Hayden Priddy with 14 apiece and Bethany Franks with 13. Adding in SWOSU’s fifth starter, Taylor Hedrick, the Lady Dawgs got a combined 78 points from the starting lineup in the game, which was one point off of Cameron’s entire scoring output for the game.

A historic moment occurred midway through the second quarter as Priddy found Alexa Harvey for a three-pointer from the wing to put SWOSU up 37-25 with 4:48 to play in the first half. With the assist – Priddy’s second of the game – she climbed atop the Lady Bulldogs all-time list for career assists with 380, surpassing the previous record of 379 which had been held by Valerie Fariss since 1994.

Cameron got back within five and trailed 46-41 at the break, but SWOSU outscored the Aggies by seven points in both the third and fourth quarters to pull away for the victory.

SWOSU improves to 2-1 on the year heading into a matchup with Oklahoma Christian on Saturday at 1 p.m. inside the Pioneer Cellular Event Center.