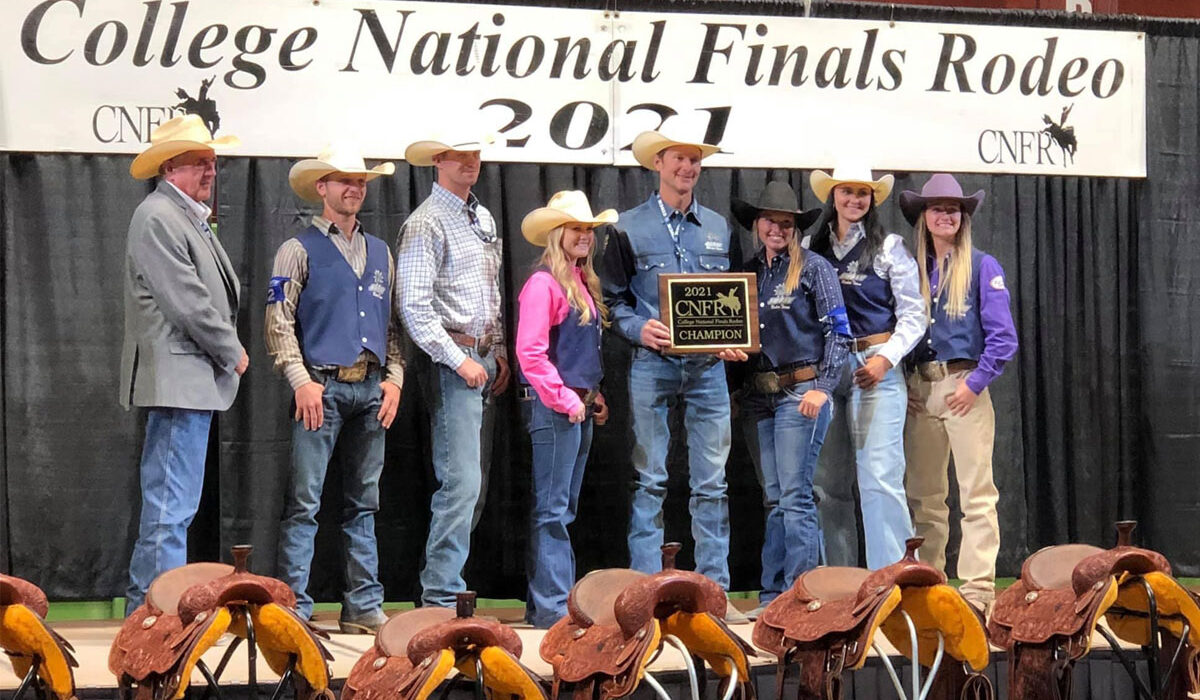 CASPER, Wyo. – The SWOSU Women’s Rodeo team capped off their memorable 2021 season with a national runner-up placing at the College National Finals Rodeo (CNFR), which concluded on Saturday evening at the Ford Wyoming Center in Casper.

The Women’s Team – consisting of Abby Hepper, Sierra Smith, Winter Williams & Sadie Wolaver – accumulated 432.5 points over the four-round event to finish as the national runner-up behind Montana State. The second-place finish is the fourth top-ten national placing for SWOSU Women’s Rodeo team under head coach Mike Visnieski and the highest finish for the program since they were second in the country in 2000.

“It’s been a great ride this year with the team,” Visnieski said. “They were on a mission, put in the work and treated each other like family. All the young men and women on the team had a hand in our success.”

SWOSU sent three individuals into the short round on Saturday night, with Hepper, Williams and Wolaver all entering the championship round with title aspirations.

Hepper, who went in fifth on Saturday night, was fourth in the round with a time of 14.24 in Barrel Racing, which moved her into third place in the final standings. Wolaver also went to the short go in Barrel Racing, but clipped her second barrel and was docked with a five-second penalty which dropped her to eighth in the average.

After winning the first round in Breakaway with a time of 1.9 seconds, Williams entered the short go in fifth place, but a no-time in the final round moved her down to eighth place in the average. Smith was 9.2 seconds or better on all four of her runs in Goat Tying and took fourth place in the third round, finishing 20th in the average.

SWOSU also sent a pair of cowboys to Casper to compete in Timothy Troyer and Wyatt Lohman, who were the top two Saddle Bronc riders in the Central Plains Region this season. Both Bulldogs went 2-for-3, with Troyer finishing 18th and Lohman placing 20th in the average. After getting bucked off in the first round, Troyer rebounded with qualifying rides of 69.0 and 69.5 points to finish with 138.5 points on two rides, while Lohman was 64.5 in the first round and 67.5 in the third to score 132.0 points on two.

“Abby, Winter, Sadie, Sierra, Wyatt and Timothy came here to win and represented us well,” Visnieski said. “I’m extremely proud of what they have done but more importantly who they are. My sincere gratitude goes out to everyone who supported us this season.”